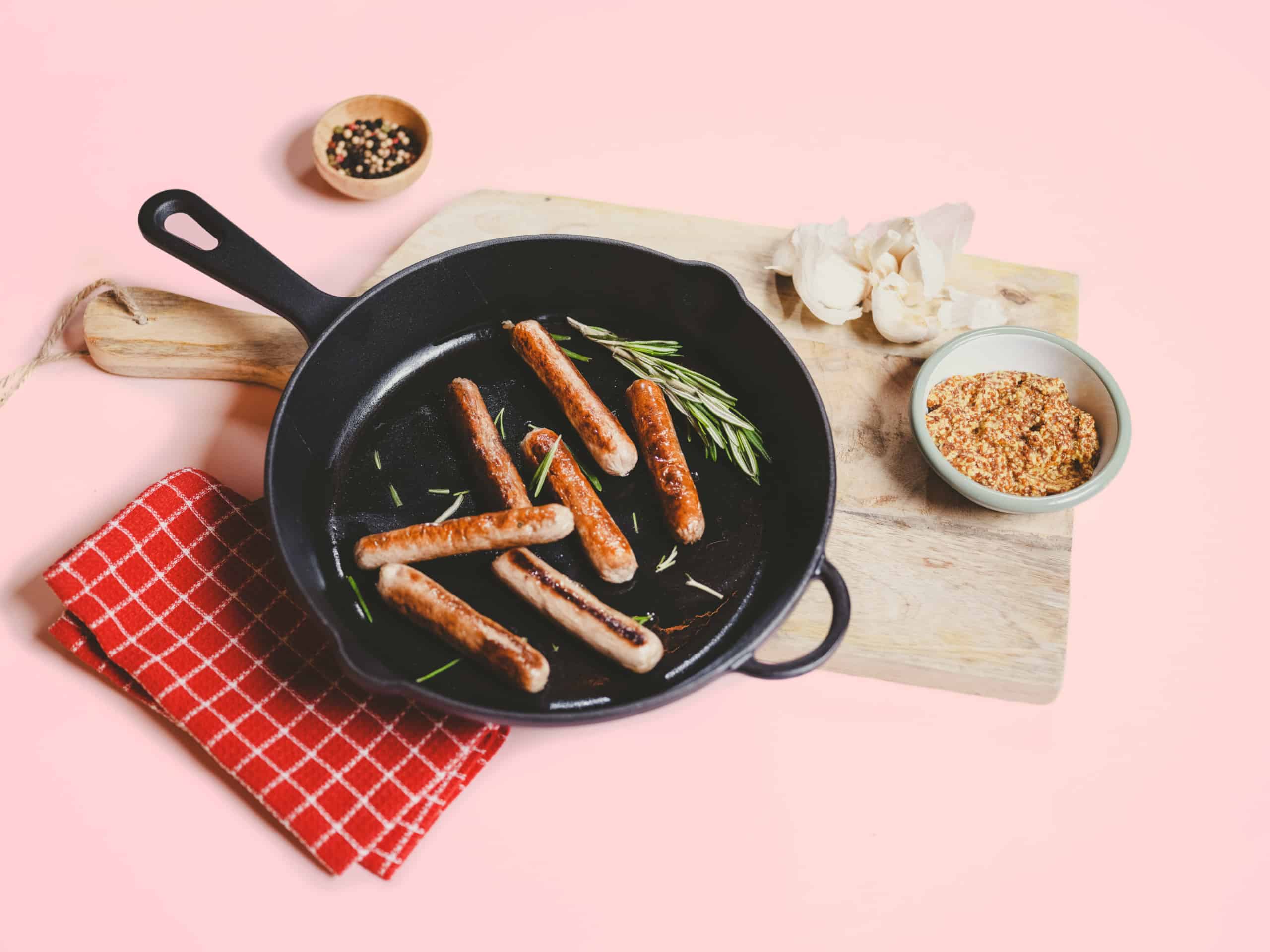 Leading cultivated meat company Meatable has revealed its pork sausages product for the first time. The cultivated sausage is the first product to be announced by the Dutch company and marks a major breakthrough for its biotechnology, with Meatable expecting to sell its first products to consumers in 2025 – if not sooner.

“We believe that cultivated meat is the future of food”

Developing cultivated pork and beef with “groundbreaking” technology, Meatable is on a mission to create real meat that can serve the planet’s growing appetite without harming the environment or animals in the process. Since launching in 2018, Meatable has been developing and refining its process to grow cultivated meat using opti-ox™ technology, without the need for FBS (fetal bovine serum).

Meatable decided to create sausages to satisfy potential customers in Europe and the US with Germany alone comprising around 27% of the total volume of sausages consumed worldwide. The company claims it only needs one single cell sample, taken harmlessly from an animal, to replicate the natural growth of muscle and fat to create real meat, and that it takes only a few weeks to grow Meatable’s sausages. Studies show that cultivated meat could reduce the meat industry’s environmental impact by up to 92%.

Krijn de Nood, co-founder and CEO of Meatable, commented: “This is a truly exciting moment for the entire Meatable team. To be able to see and cook our sausages for the first time was an incredible experience especially as my co-founder Daan and I were able to finally have our first taste. This was particularly exhilarating as we know that all of our hard work over the past four years has been successful in creating a real meat sausage that is indistinguishable from traditional pork sausages. We believe that cultivated meat is the future of food.”