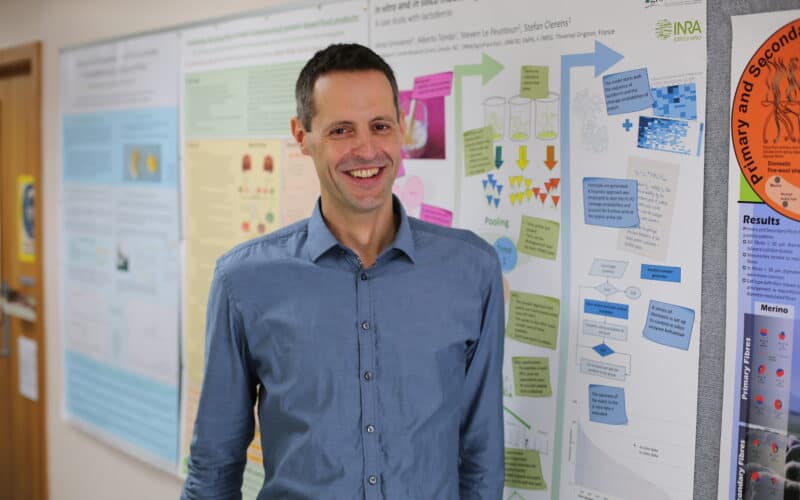 New Zealand’s Riddet Institute and AgResearch are collaborating to create a jointly funded cellular agriculture professorship. The position will be based at the Te Ohu Rangahau Kai research facility, which the two entities share.

“We want to focus on the processes and science behind the technology.”

Riddet Institute director Distinguished Professor Harjinder Singh said that cellular agriculture has the potential to considerably disrupt conventional animal agriculture. He added that it is important for New Zealand to develop its capabilities in the field and to exploit commercial opportunities.

A recent report in New Zealand called on the agri-food and ingredients sectors to invest in plant-based proteins such as pea and fava. It pointed out that plant proteins are currently being imported, whereas they could be produced locally.

Meat-free diets are on the rise in New Zealand, with one study labelling the country the “fifth most vegan in the world” based on Google Trends data. While consumers in the country can choose from an increasing range of plant-based foods, such as Sunfed’s alt-meat products, cultivated meat is still in its very early stages. However, New Zealand does now have a precision fermentation company — NewFish, which is making seafood from fermented microalgae.

The biochemistry of cultivated meat

The cellular agriculture professorship by the Riddet Institute and AgResearch will be advertised globally. However, because it is a nascent field, the institutes emphasise that very few scientists are qualified. According to AgResearch science group manager Stefan Clerens, the purpose of the resulting research will not just be to “get another burger on the market”.

“We can put the science behind it,” he said. “We can find out if it is fully digestible and understand the biochemistry and how it all comes together in a structure to deliver functionality for whatever the customer requires. We want to focus on the processes and science behind the technology.”