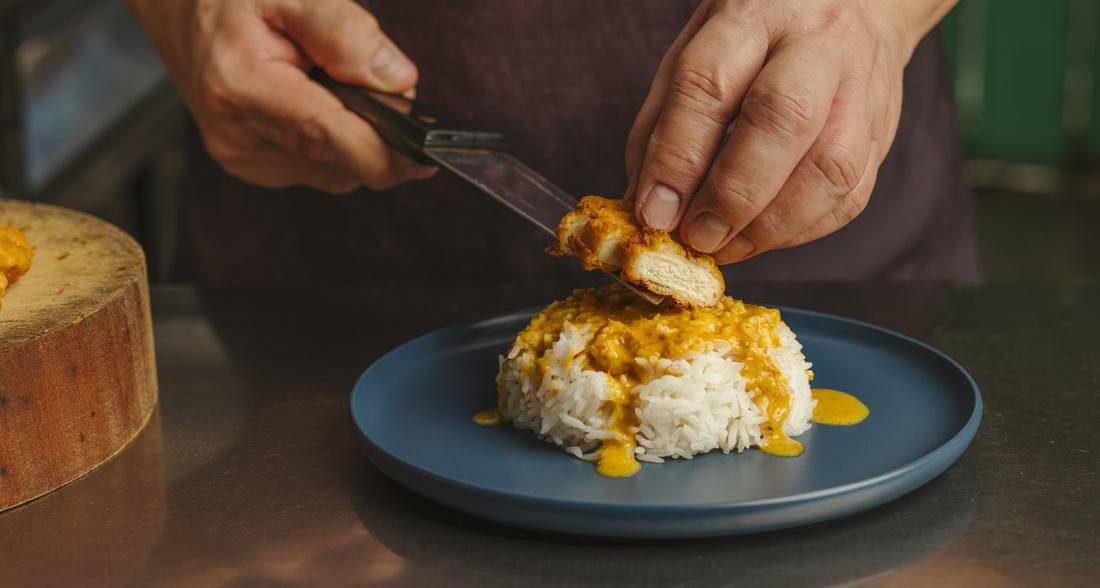 For the first time in history, Singapore’s famous food hawkers will serve real chicken made without slaughter from cultivated startup GOOD Meat.

Beginning February 26, GOOD Meat, a subsidiary of alt-protein brand Eat Just, will partner with select vendors to serve its cultivated chicken to a limited number of diners. The first pop-up will take place at Loo’s Hainanese Curry Rice in Tiong Bahru, where the family-run stall will feature GOOD Meat’s chicken in its famed curry rice dish for SG$4 (about $3.)

As of this article’s publication, the Feb. 26 – March 1 event was already sold out on GOOD Meat’s website.

The hawker initiative is the latest successful partnership by Eat Just, the world’s first company to sell cultivated meat to the public. The brand is focusing heavily on Singapore, a tech-progressive country whose 30×30 government plan seeks to source 30% of its food locally by the year 2030. Two years ago, Singapore became the first nation to grant regulatory approval for commercial sales of Eat Just’s cultured chicken.

With $267 million raised, Eat Just’s GOOD Meat is now the most well-funded cultivated meat company. Outside of Asia, Eat Just has ambitious plans to expand its revolutionary food technology around the world, including building the Middle East’s first cell-based meat facility in Qatar.

“A lot has changed in our world over the last year, but one thing has stayed the same: Singapore continues to lead the global transformation to a smarter, more sustainable food system.”