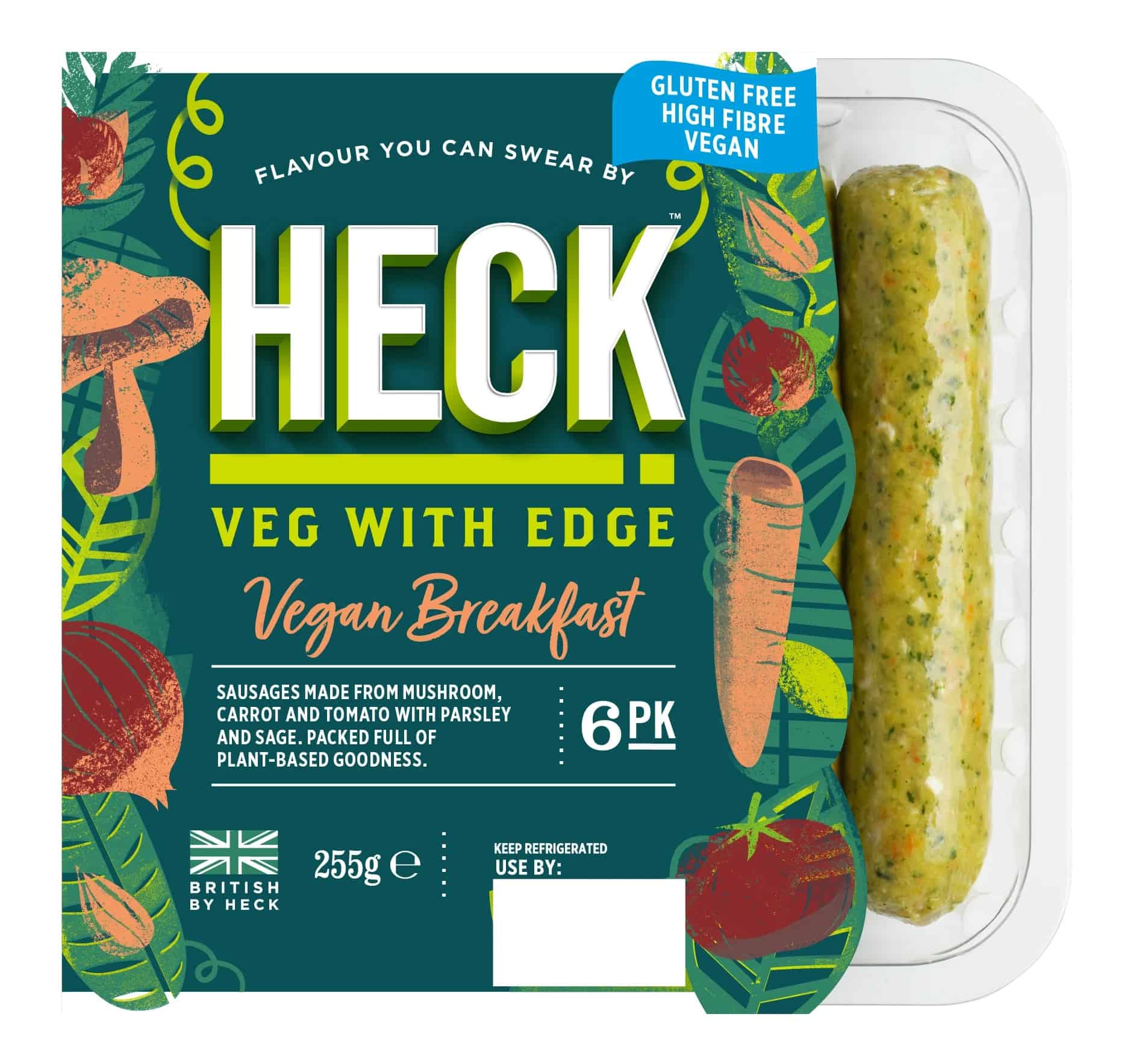 Heck Foods, specialist in gourmet sausages including a pea-based range and a veg-based line, widely available in mainstream UK retail, is in talks with cultured fat producer Ivy Farm for a partnership that could see cultivated Heck sausages in UK supermarkets at some stage in the near future, as first reported by The Grocer.

As we revealed this May, Ivy Farm declared its intention to become the first commercial producer of sustainable, cultured meat in the UK. Co-founder Russ Tucker, originally from a family of butchers, stated at the time his plan to produce cultivated meat for retail and food service by 2023, beginning with sausages then moving into meatballs beefburgers, aiming to produce up to 12,000 tonnes of cultured pork per year by 2025.

According to The Grocer, however, Heck co-founder Jamie Keeble stated it could take anything up to five years to put such products on shelves, while the UK and many other markets still await regulatory approval. The talks are reportedly part of Heck’s drive to move further towards flexitarian and climate conscious consumers.

In a press release sent to vegconomist, Ivy Farms said earlier this year it “has ambitions to put Britain on the map in the emerging global industry by producing products made from meat that has been made without GM additives, antibiotics or the need to slaughter animals (beginning with a guilt-free sausage) for supermarkets and the restaurant trade from 2023.”