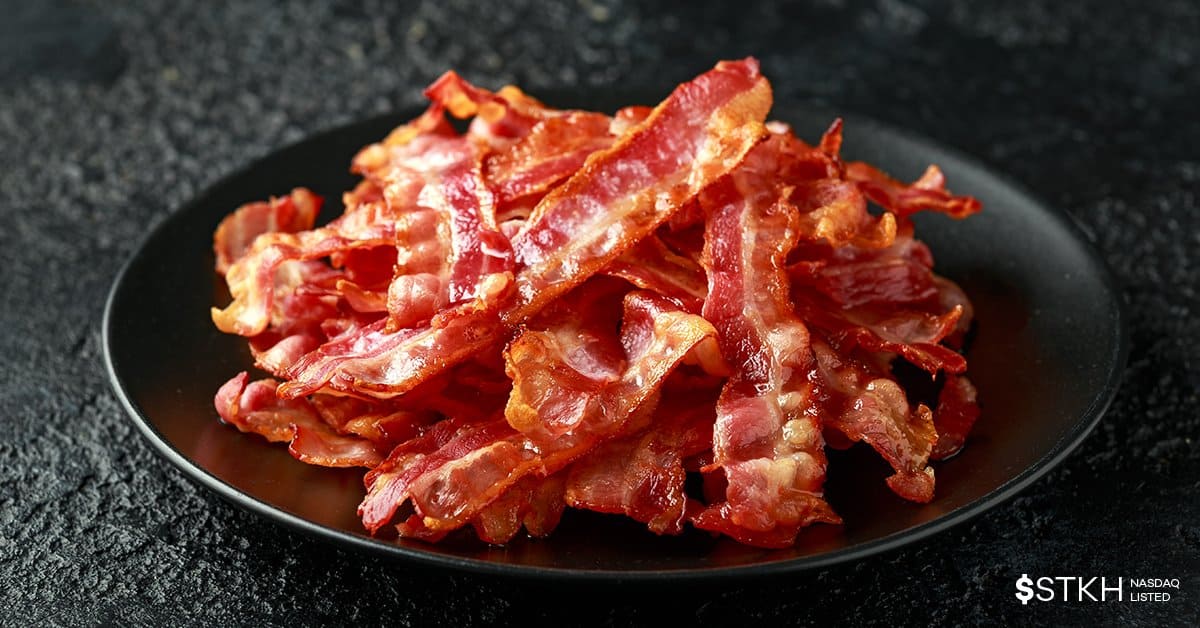 Known as iPS (induced pluripotent porcine stem cell line), the new cell line was derived from sample cells that were reprogrammed back into an embryonic-like “pluripotent” state. In this state, one cell bank can become an unlimited and highly scalable source for developing any type of muscle or fat cells for cultured meat, Steakholder says.

To achieve this, Steakholder says it has partnered with a leading iPS cell line provider to shorten the development timeline for more complex, structured pork products such as bacon, pork chops and ham.

To create the true taste, texture and mouthfeel of traditional pork, the company plans to use a special process that combines cell cultivation with 3D bioprinting. Steakholder’s powerful 3D bioprinting is capable of producing structured meat with any muscle-to-fat ratio at an industrial scale, with finely tuned precision. Along with structured products, the company intends to offer ground pork and pork biomass for use in hybrid products, such as meatballs.

Steakholder’s other areas of activity include cultured beef, chicken, fish and seafood.

In 2020, Stakeholder became the first publicly listed cultured meat company before acquiring Belgian cultivated fat startup Peace of Meat. In 2021, the company revealed it had bioprinted a 3.67 oz steak, the largest such steak to date. And just last month, Steakholder announced it had entered into an agreement for a $6.5M registered direct offering.

“We are very excited to be adding porcine to our portfolio of species,” said Arik Kaufman, Steakholder Foods’ Chief Executive Officer & Founder. Pork has tremendous market potential being that it is widely recognized as the most popular meat in the world.”