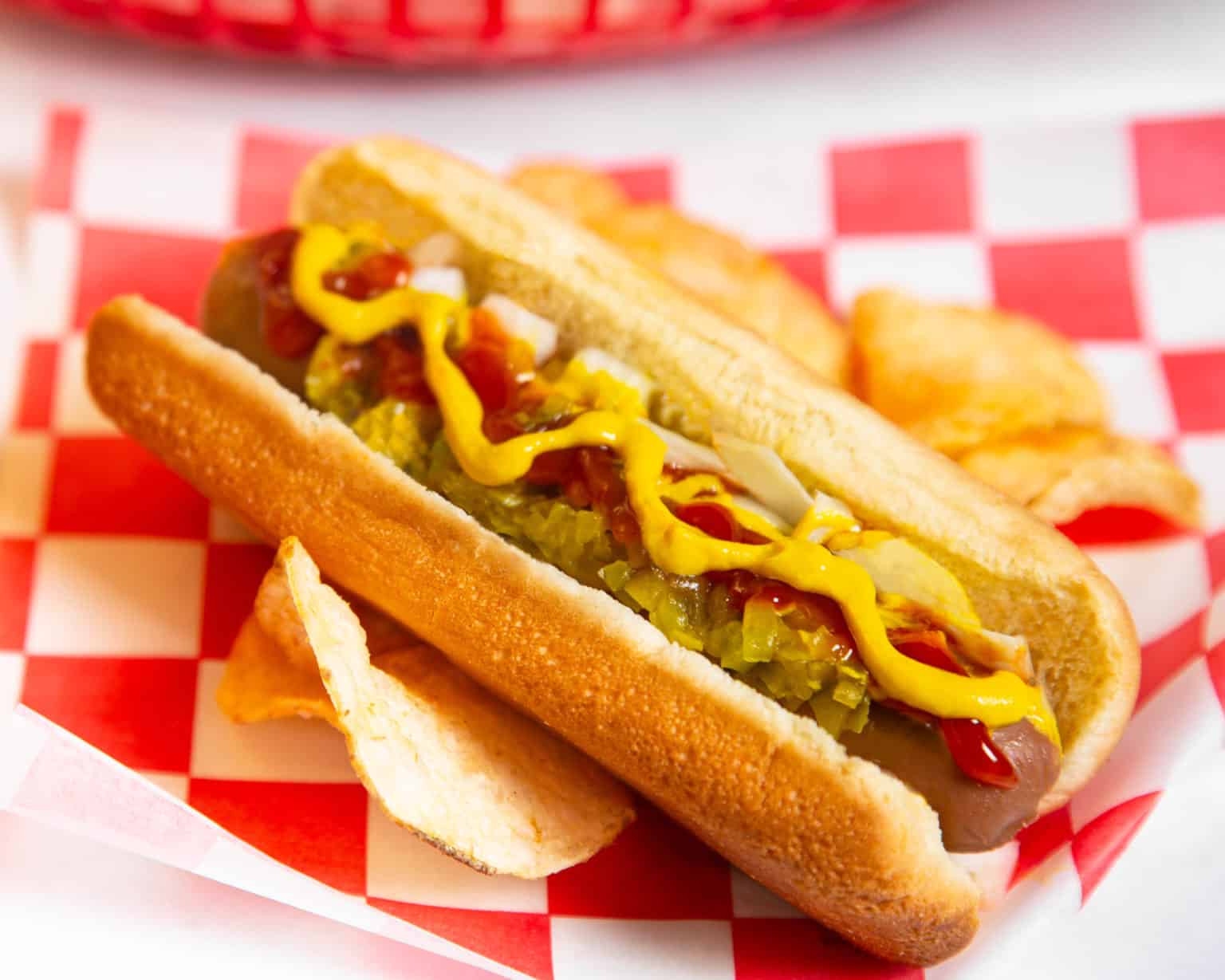 Last year, operating as Memphis Meats, the company received investments in excess of $180 million, including a Series B round of $161 million — the largest funding round in cell-based meat — with participants such as Bill Gates and Richard Branson. The company rebranded this May, announcing that it was ready for business with chicken as its first consumer product, and last month unveiled a $50 million R&D center called EPIC.

So far, UPSIDE demonstrated the effectiveness of its ACF feed to produce the cultivated chicken nuggets and hot dogs as pictured here, and says it will next work on adapting the ACF cell feed to work across the company’s entire product portfolio.

What is cell feed and what does this signify

Also known as cell media, cell feed refers to the nutrients that cells need in order to grow as they would inside an animal. So far, animal components like fetal bovine serum (FBS) have been commonly used in cell feed and eliminating their use has been a major goal for the cultivated meat industry as a whole.

“Since day one, we knew that developing animal component-free cell feed would be crucial to fully realizing our vision of meat that’s better for the planet and its inhabitants,” says Dr. Uma Valeti, Founder and CEO of UPSIDE Foods. “Cell feed is among the biggest drivers of cost and environmental footprint for the cultivated meat industry, and optimizing it is key to maximizing our positive impact. Our ultimate goal is to remove animals from our meat production process entirely.”

“Developing animal component-free cell feed for cultivated meat is a breakthrough scientific feat. This unlocks new opportunities for UPSIDE Foods as we focus on scaling and commercializing cultivated meat,” said Dr. Kevin Kayser, SVP of Research at UPSIDE Foods. “Our teams are excited about this milestone and are already working towards our goal to make all of our products with animal component free cell feed.”