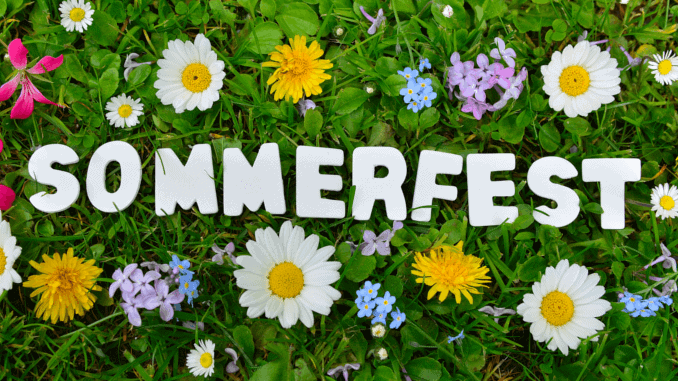 Pro-Veg managing director Sebastian Joy points to the growing popularity of annual vegan summer festivals, which are now a natural part of the German festival landscape. These events are not just held in large cities, but increasingly often in the countryside or even on the beach. This year’s vegan summer festivals also offer the opportunity to try out the plant-based way of life and experience new vegan trends.

One of the highlights of this year is the eleventh Vegan Summer Festival on Alexanderplatz in Berlin. Last year, the event attracted 65,000 guests. For three consecutive days, the Berlin Vegan Summer Festival offers visitors a wide range of shopping, information and food stands, plus live music, lectures and cooking shows.

With the growth of the vegan trend, the number of new vegan summer festivals is also increasing. One of these is the V18 in Nuremberg, where Germany’s largest open air vegan brunch takes place. But vegan celebrations with a special emphasis on nature, such as the Barfuß im Wald near Homberg/Hessen or the Vegan Summer Camp 2018 in Brandenburg, also offer a wide range of activities.

Besides the vegan summer celebrations, there are also further vegan meetings and activities celebrating the summertime. Some initiatives and regional Pro-Veg groups organize nationwide barbecues as part of the Vegan Barbecue campaign. The campaign is designed to show how tasty grilled vegan dishes such as vegetables, seitan and tofu can be, and also provides an opportunity to collect donations for charitable purposes.

“The Vegan Barbecue activities are primarily designed to make eating together fun. The participants can try plant-based barbecue food and, at the same time, collect donations for a non-profit project,” says Sebastian Joy.

Exact dates and information about the vegan summer festivals can be found here.