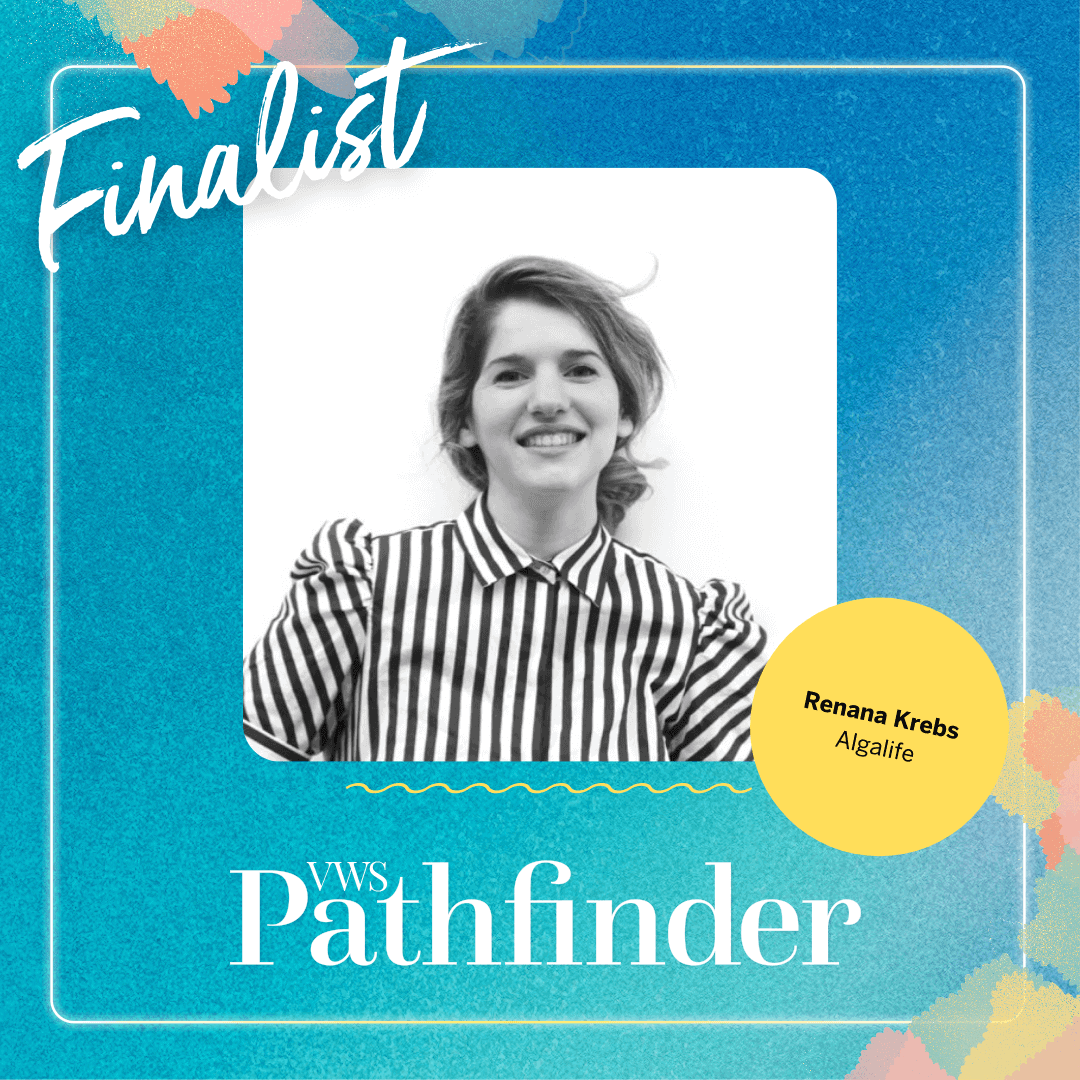 Five finalists, selected from over 800 applications, pitched live at the virtual contest. Having been selected as the winner, Krebs will receive a prize package valued at $50,000. The package was sponsored by Purple Orange Ventures, WeWork, and Evolution Bureau.

The other four finalists were:

A bright future for algae

Algaeing uses an innovative method to create and dye textiles from algae, aiming to promote sustainable manufacturing. VWS founder Jennifer Stojkovic said the competition had received many applications from companies using algae to make everything from fabrics to yogurts.

Many companies are also exploring the use of algae as an ingredient in cosmetics and even a source of protein. It seems likely that there’s a bright future ahead for algae.

“As an entrepreneur and a mother, I am honored and thrilled that Algaeing has been selected the winner of the VWS Pathfinder Pitch Competition!” said Renana Krebs. “We believe in being a force for good and are so excited to have the support of VWS Pathfinder so we can continue creating groundbreaking plant-based innovation solutions for a healthy environment for us and future generations.”