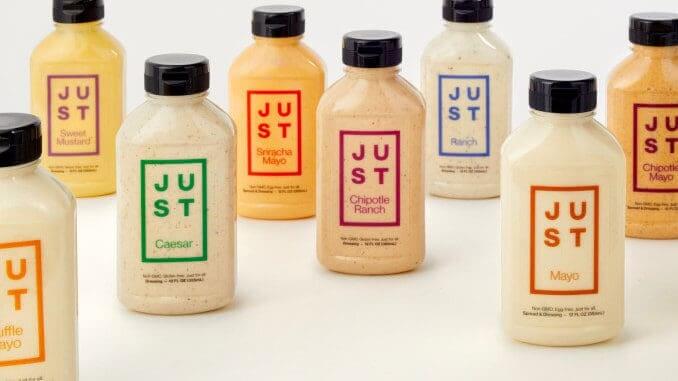 JUST Egg, the vegetable egg substitute based on mung beans, which is currently on its triumphal march around the world, made its debut on the opening day at Internorga. PHW/Wiesenhof has secured Europe-wide distribution rights for this innovation, and the market launch in Europe is planned for the fourth quarter.

Founder and CEO Josh Tetrick had travelled from the USA and answered questions from customers and partners at the PHW stand. On the morning of the opening day, PHW and JUST had invited to a press breakfast. There, in a hip event location with a view over Hamburg and the exhibition grounds, they served various creations with the egg substitute, which really convinced us in terms of taste.

PHW and JUST were confident that JUST EGG will go down just as well in Europe as in many other parts of the world. However, the participants could not give any information on prices. The market launch in China is expected to take place in the next few months. The team of JUST EGG is currently touring the whole world, 25 cities were on the program in the last months. “Making it easy to eat well” is the guiding principle for Josh Tetrick and JUST. He does not want to convert anyone, but to convince consumers with nutritious, sustainable, healthy, tasty and attractively priced products. And thus contribute to a better world.

Tetrick shows that you don’t necessarily have to have studied business administration or nutrition science to set up a successful food company with sales in the millions – he has a social science background. However, there were always setbacks in the development of JUSTñ the path to the perfect product led to more than 1000 defective variants. The JUST team consists of only 100 people, more than half of them scientists. The entire production is done in cooperation with suppliers and production partners.

To do good, that’s what Tetrick wants, and in order to achieve this as quickly as possible, he believes a company should be founded.