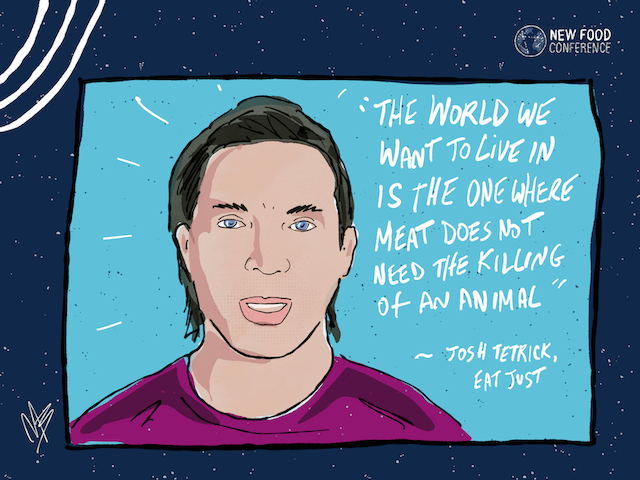 The New Food Conference, Europe’s largest conference on alternative protein solutions, took place virtually on April 28 and 29. Hosted by ProVeg, the event brought together a range of key stakeholders in the industry.

The conference first took place in 2019, but was this year expanded to cover the entire plant-based product value chain — including agriculture, manufacturing, retail, investment, and innovation. Over 50 speakers were featured, and there were more than 400 participants.

Representatives from major food brands, startups, NGOs, and academia attended the conference, as well as industry experts. Among them were JUST’s Josh Tetrick, Beyond Meat’s Will Schafer, and Oatly’s Cecilia McAleavey.

For McAleavey, the focus was on sustainability. “We all know based on scientific facts that we need to promote a shift to a plant-based food system. In the end, it’s our kids and future generations that lose,” she said.

Meanwhile, Schafer discussed the inspiration behind Beyond Meat — making plant-based meat appeal to omnivores. “You don’t change the world by selling less meat to vegetarians,” he said.

Tetrick said his vision was for a world where eating meat didn’t involve killing an animal. He added that JUST aimed to launch its egg alternative in Europe by the end of the year. “Our goal [is] to be the most consumed egg in the world. It is more healthy, you don’t need the chicken,” he said.

McAleavey, ProVeg International Vice President Jasmijn de Boo, and Portuguese MEP Francisco Guerreiro also held a discussion about the controversial amendment AM171, which would put huge restrictions on the marketing of dairy alternatives.

“AM171 was a desperate move from the meat and dairy industry to stop the natural growth of plant-based products,” said Guerreiro.

But a ProVeg petition to stop AM171 has now gained 450,000 signatures, leading to hopes that it will be scrapped. 34 politicians have also urged the European Parliament to drop the amendment. “You can’t ignore over half a million citizens,” said de Boo.