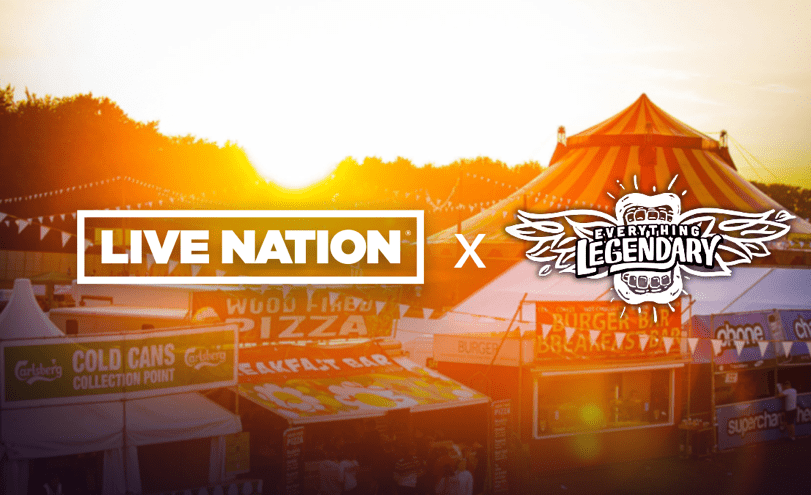 Live Nation, the world’s leading live entertainment company, announces a strategic investment in plant-based meat brand Everything Legendary. Through the equity partnership, part of a $6M Series A fund-raise, Live Nation will feature the brand’s burgers across its US festivals and venues, including all House of Blues restaurants.

“Fans create lifelong memories enjoying live music, and everything they enjoy while at the show has the potential to make that memory even better,” said Tom See, COO, Venue Nation. “By partnering with Everything Legendary we’re excited to bring plant-based items to our events so fans have even more sustainable options to choose from.”

Launched in 2021, Everything Legendary is a black-owned and operated brand that rose to fame and success through an investment deal with  Mark Cuban on Shark Tank. In just 10 months, the brand’s products have expanded to more than 3,000 stores including Publix, Target, Safeway and Ralphs.

In February, Everything raised $6M in Series A funding from Live Nation and Mark Cuban, as well as CircleUp Growth Partners and General Mills.

“We’re on a mission to not just win over taste buds but also eating habits, encouraging people across the country to adopt healthier alternatives, and I’ve been especially proud that we’ve helped power this movement in the Black community where veganism is on the rise,” said Duane “Myko” Cheers, Everything Legendary’s co-founder. “With the investment and partnership of Live Nation we’ll be serving up our amazing flavor to millions of music fans.”