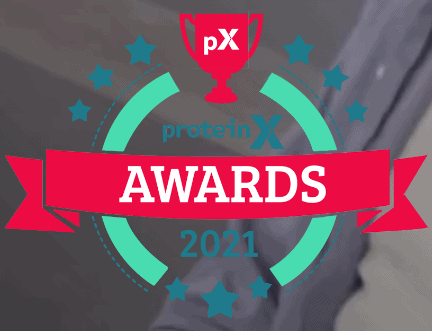 Silicon Valley-based foundation ProteinX was founded with the aim of fostering innovation in next-generation proteins. In November, it began the nomination process for its 2021 awards. Now, the finalists have been announced.

The awards recognise brands and individuals who are creating solutions for a more sustainable future through plant-based proteins. There are five categories — Corporations, Startups, Investors, Academia, and Thought Leaders.

The 2021 finalists are as follows.

Corporations: Nestle Nutrina, Coca-Cola, and Kerry. Kerry is an Irish dairy giant which has been making inroads into the plant-based sector, and was last year ranked #5 on the FAIRR list of companies actively supporting plant-based foods and beverages.

Startups: Sundial Foods, Biomilq, and Because, Animals. The latter is an animal-free pet food startup that won last year’s Purina Prize. Biomilq, a maker of cultured breast milk, was featured in this year’s Future Food-Tech Summit.

Academia: UC Davis, Wageningen University, and Cornell University. UC Davis is notable because it received a $3.5M grant from the US government last September for cultured meat research.

Thought Leaders: Dag Piper of The Kraft Heinz Company, Lisa Dyson, Ph.D. of AirProtein, and Rosie Wardle of Synthesis Capital. Kraft Heinz is supporting plant-based startups through its incubator program and is said to be developing vegan cheeses. Meanwhile, Dr. Dyson of Air Protein has won multiple awards for her work, and her innovative company has pioneered the process of developing meat from elements in the air.

The three finalists in each category were selected by an extensive national and regional jury. Winners will be announced at the ProteinX Symposium, which will take place from June 8-10. There will also be speakers at the event discussing recent breakthroughs in cell-cultured meat, precision and biomass fermentation, new ingredients, and sustainable packaging. Tickets and further information are available from the foundation’s website.