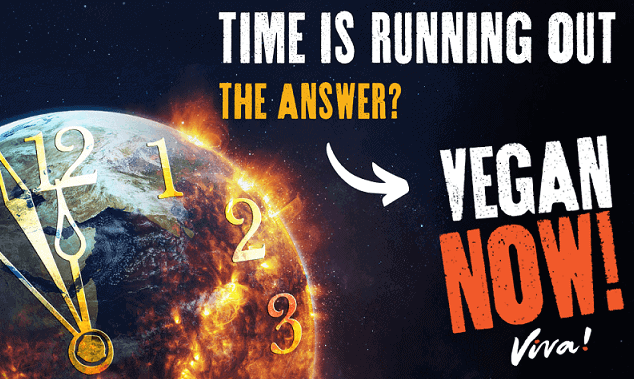 On Monday 23 September, international vegan charity Viva! will launch a headline new campaign at the Labour Party Conference in Brighton, shedding new light on the devastating effects of industrial meat and dairy farming on global nature. The Vegan Now! campaign will for the first time make clear the dramatic environmental benefits of choosing to go vegan or electing to consume fewer animal-based products.

15:15 Behind The Story Podcast recording begins.

16:15 Panel chair Daniel Capurro asks panellists to introduce themselves and share their initial thoughts on why going vegan is one of the single best things you can do for the environment. Each panellist will give a three-minute introduction to their work/initial thoughts.

16:20 Panel chair begins discussion, inviting the panellists to share their thoughts on the following three questions. Each panellist’s response should be about 2 minutes for each question. 1. What strikes you most about the impact of livestock farming on our most precious flora and fauna?

2. How can we inspire the world to go vegan as a means of protecting the environment in the 2020s?

3. We are at the Labour Party Conference. What is the single biggest thing politicians can do to incentivise people to radically reduce their environmental impact by going vegan?

16:50 Chair Daniel Capurro invites questions from the floor. The Q and A session will last for 15 minutes with a roving mic deployed.

Kerry McCarthy MP, Labour MP for Bristol East
Kerry McCarthy is the Member of Parliament for Bristol East, and was first elected in 2005. Kerry was the first vegan MP in the House of Commons and has been a vegan for more than 25 years. Kerry’s main policy areas of interest are: sustainability and the environment, food policy, the economy, tackling poverty, international aid and trade, transport, and animal welfare. Before being elected to Parliament Kerry worked as a lawyer and on political campaigns.

The launch of Vegan Now will see Kerry share her insights on what a Labour Government should be doing to incentivise a shift to veganism.

Daniel Capurro, Front Bench Editor, The Telegraph (Panel Chair)
Daniel Capurro is one of the UK’s most respected political journalists. He writes The Telegraph’s Front Bench politics bulletin which is sent to hundreds of thousands of readers every morning. Beyond Westminster, his interests include the Americas and environmental issues. He will be moderating the panel discussion for the international launch of Vegan Now at the Labour Party Conference in Brighton.

Michael Mansfield QC, Defence Barrister
Michael Mansfield QC is one of the most influential and high-profile defence barristers of his generation. A republican, socialist and selfdescribed “radical lawyer”, he has participated in prominent and controversial court cases and inquests involving accused IRA bombers, the Birmingham Six, Bloody Sunday incident, the Hillsborough disaster and the deaths of Jean Charles de Menezes and Dodi Al-Fayed and the McLibel case.
At the launch of Vegan Now Michael will be sharing his insights on why halting the destruction of nature by moving to a plant-based diet is key to ensuring fairness and equality for people around the world.

Juliet Gellatley, Director, Viva!
Juliet Gellatley is the founder and director of Viva! – a vegan campaigning charity based in Bristol and its sister group, Viva! Poland. Juliet originated National Vegetarian Week in the 1980s with the support of Linda McCartney and her campaign SCREAM!! took the truth about factory farming into the nation’s schools for the first time. Juliet founded Viva! in 1994 and has campaigned to end the sale of exotic meats, was the first to expose the factory farming of ducks; the first to produce a vegan cinema ad and vegan YT ad. She has investigated factory farming first hand and is author of several books and guides.

At the launch of Vegan Now Juliet will share her insights on the increasing role veganism will play in preventing the heartbreaking destruction of global flora and fauna.