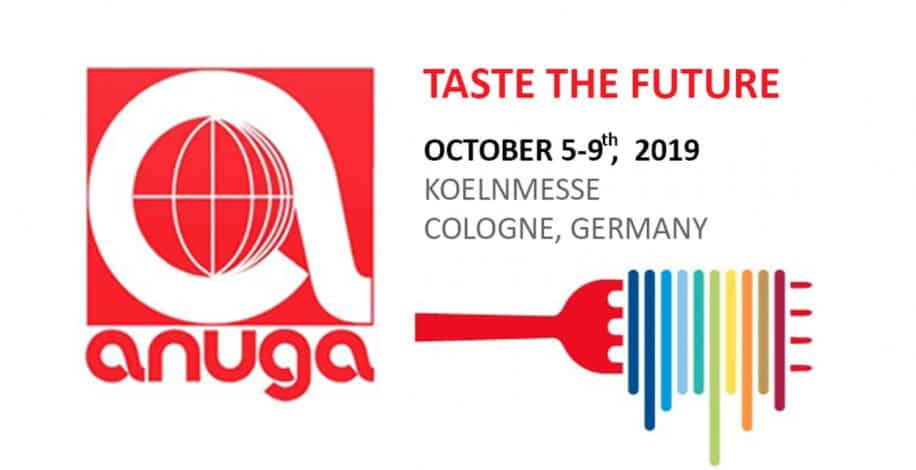 Over the past couple of days part of the vegconomist editorial staff attended the world’s largest food fair, the ANUGA in Cologne, Germany. We were very positively surprised how many vegan products were presented there. Beyond Meat, JUST and Moving Mountains were presented by their respective distributors, PHW and Zandbergen, in the middle of the meat halls – which took some getting used to for vegans.

Vegan products were also available in practically all of the more than ten halls through which crowds of visitors passed. Fry’s from South Africa presented a new vegan pizza. Planted, a spin-off of ETH Zurich (University) from Switzerland, presented really tasty new meat substitutes. Planty of Meat from Bavaria came up with a delicious sunflower based burger. Viva Maris from Germany convinced us with delicious algae products. There were also many other companies and start-ups from all over the world.

The supporting programme was also impressive. The iFood conference focused on the major food trends. There we were able to talk to Didier Toubia about Aleph Farms. Two floors down at the ANUGA Horizn2050 special event on Monday, alternative proteins were the focus all day long. Representatives from investors such as BlueHorizon, Beyond Meat and A. T. Kearney spoke about the alternative nutrition of the future.

In the corridors we met again and again faces from the vegan industry, entrepreneurs, representatives of NGOs and even from German politics, who want to pay more attention to the topic of alternative proteins in the future.

Despite all the enthusiasm, however, we have to keep our feet on the ground. Compared to the massive offer of conventional food suppliers, vegan offers were in the absolute minority.