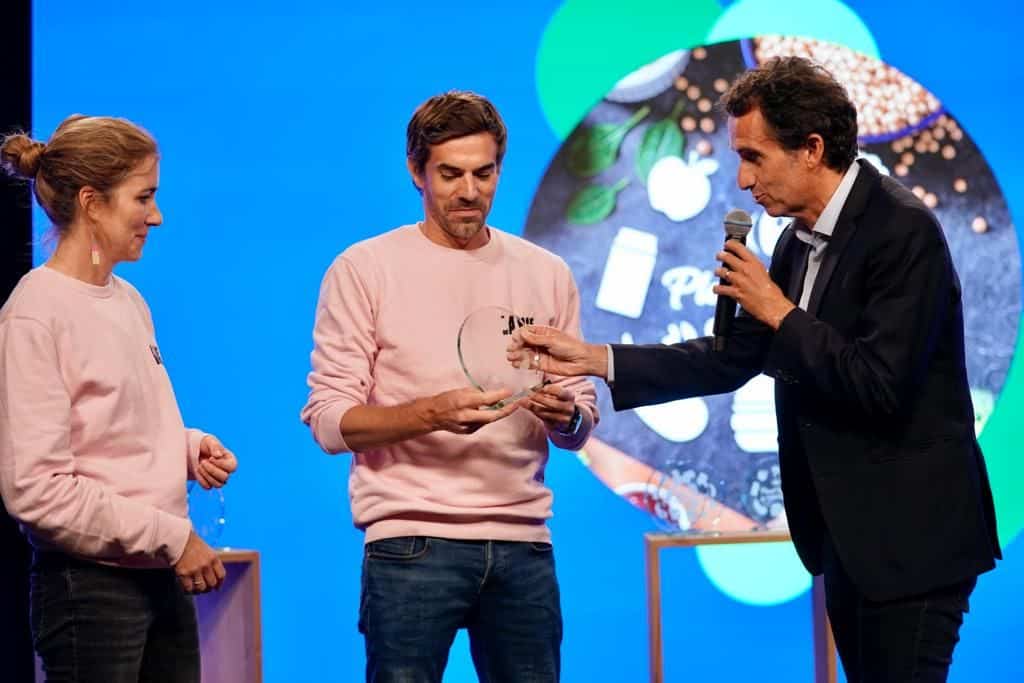 Carrefour announced the final of its Plant-Based Contest last night, deciding between the 15 finalists. The aim of this contest was to find the most successful plant-based innovations that the retail giant will then offer to its customers.

More than 250 start-ups from all over the world took part, of which 15 were selected for the final and 10 winners were chosen by the jury.

Carrefour CEO Alexandre Bompard was present at the results announcement ceremony to hand out the jury’s “Coup de Coeur” award to La Vie for its ham — a new product due to be launched in September.

Here are the 10 winning startups (in alphabetical order, there was no ranking):

“This challenge was born from the need of our customers who are looking for alternatives to animal products, from our desire to fight against climate change… and a common obsession with startups and Carrefour – to innovate again and again.

“So congratulations to all our partners for their inventiveness. And thank you to the Carrefour teams for this great contest. See you very soon in our stores to find the great products of these startups!”