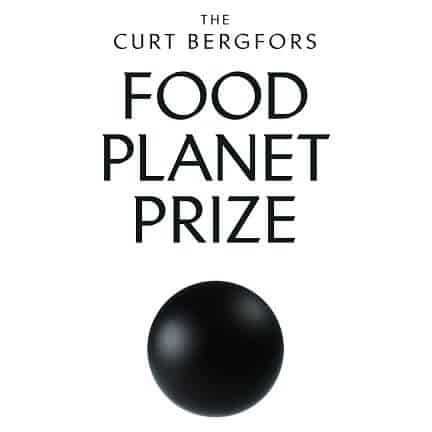 A new award called the Food Planet Prize, established by the Curt Bergfors Foundation in Stockholm, will award two annual $1million awards: the first will be given to an existing scalable solution for sustainable foods. The second will be awarded for innovative initiatives that could transform the global food sector.

Nominations for The Food Planet Prize are now open, with the first prizes awarded later in 2020. The nominations will be evaluated by an international jury of leading scientists, policymakers, and entrepreneurs.

“These are challenges that we all need to engage in,” says Curt Bergfors, a renowned hospitality entrepreneur in Sweden. The founding capital of 500 Million SEK is sourced from Mr. Bergfors’ private assets. Additional funding, up to a total of one billion SEK, is under consideration.

“Our food system is broken, and the planet is ailing. We are all part of the problem, and we must all try to be part of the solution. I want to contribute through the foundation and these awards,” he adds.

The jury is chaired by Johan Rockström, executive director of the Potsdam Institute for Climate Impact Research, who says: “We need a food-system revolution or risk destabilizing our planet. The new Food Planet Prize is designed to contribute to this goal,” says Rockström.

In addition to the Food Planet Prize, the foundation will also fund a professorship with a focus on transformation to a sustainable food system. The intention is for the professorship to be based at the Stockholm Resilience Centre, Stockholm University.