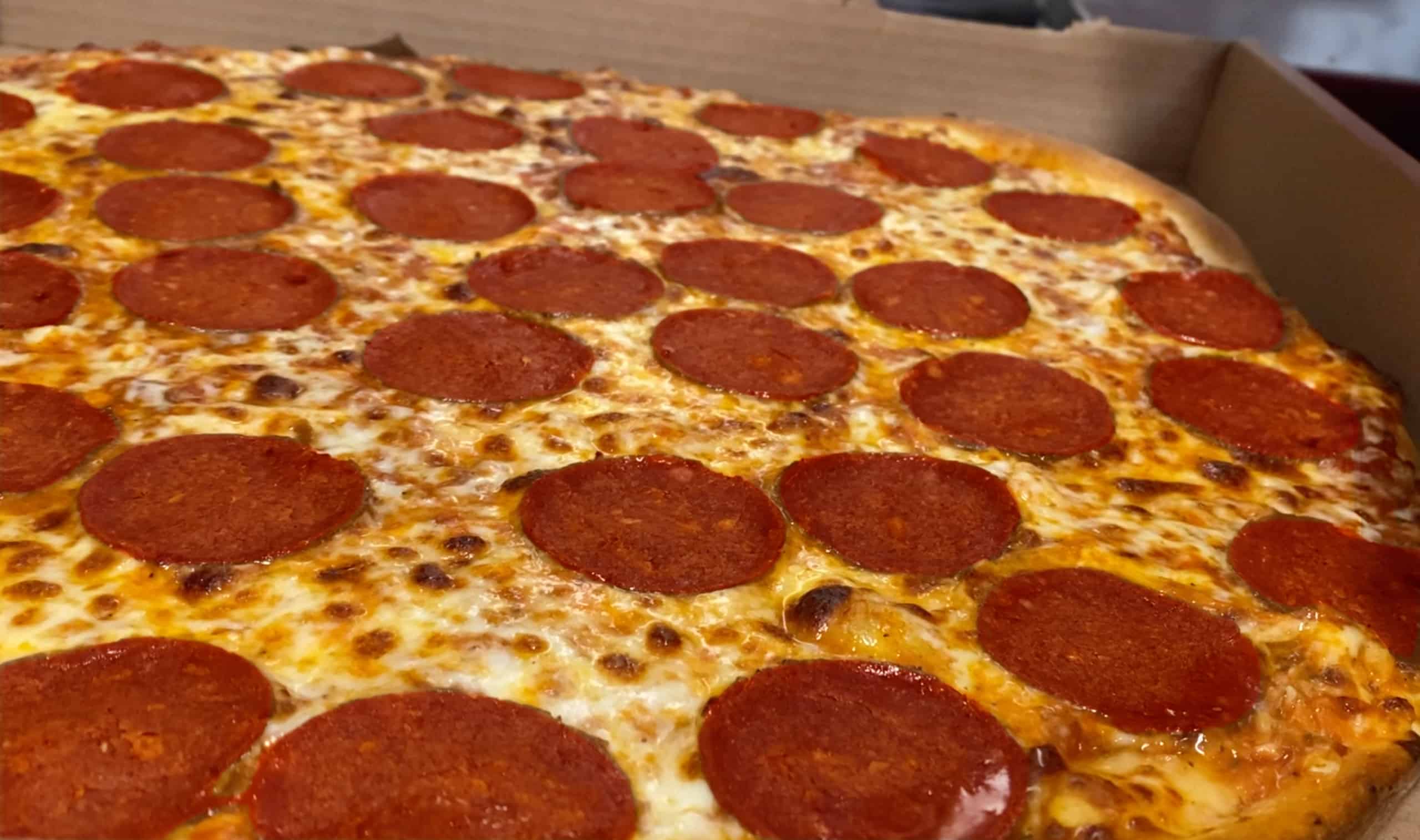 VEGAN PEPPERONI offers a healthier plant-based version of classic pepperoni, which consistently ranks as America’s most popular pizza topping. Containing 5 grams of fat, 2 net carbs and 53% less sodium than conventional pepperoni, the brand says the product offers all the crave-able flavors of pepperoni without the guilt.

“They arrived at our booth in droves”

VEGAN PEPPERONI was recently sampled in front of thousands of pizza industry professionals and buyers at the International Pizza Expo, the world’s largest pizza industry event, and the product enjoyed a highly positive reception. WORTHINGTON shared some of its most memorable feedback:

WORTHINGTON’s VP of Marketing Jon Fish tells vegconomist that plant-based foods were a significant trend at this year’s Pizza Expo, with many foodservice operators reporting “overwhelming” demand from customers to serve more vegan and vegetarian options. He adds, “They arrived at our booth in droves  – many having never tried plant-based meat before, but took the leap in the name of serving their customers.”

Overall, Fish says sampling VEGAN PEPPERONI at the largely meat and dairy-based Expo proved to be a highly rewarding experience.

“The attendees made the show worthwhile for us… the majority having green badges which identified them as buyers. It was great to have significant facetime with so many foodservice end users. And to get direct feedback from the operators who would be using our product in their restaurants, sub shops, or pizzerias.”

Foodservice customers can order VEGAN PEPPERONI (Product #748922) through DOT’s portal or their distributors (via DOT.)