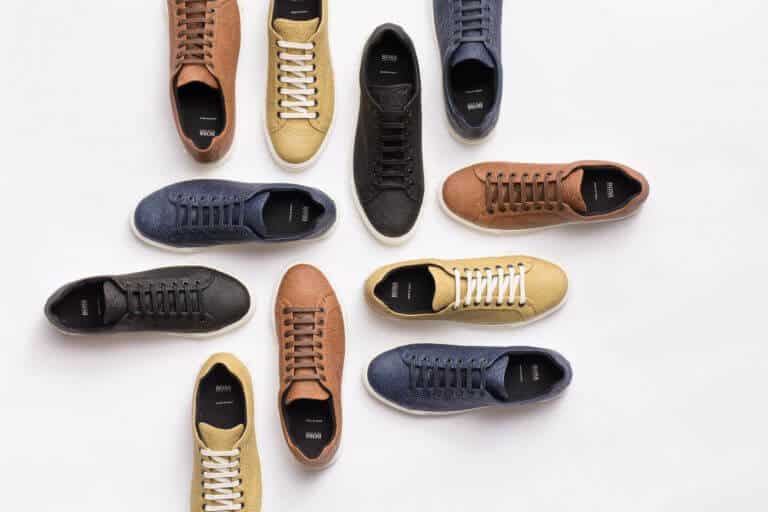 Hugo Boss [Update: 25/02/2019: out of stock] has launched a range of vegan men’s footwear made from sustainable pineapple leaf fibres called Pinatex. Pinatex is created as a by-product of the pineapple growing industry, allowing farmers to utilise and make money from a waste product of the industry.

The shoes also have a low environmental impact; not only they use less water than leather production, they come in recyclable and biodegradable packaging made from 100% recycled fibre.

Hugo Boss stated that producing vegan shoes is part of their efforts to make the company’s products more sustainable across the supply chain.

“After increased customer interest in veganism and a rise in online searches for related products, we decided to investigate the possibility of expanding our vegan-friendly offering into footwear and accessories,” commented Rachel Smith, senior footwear technologist at M&S.