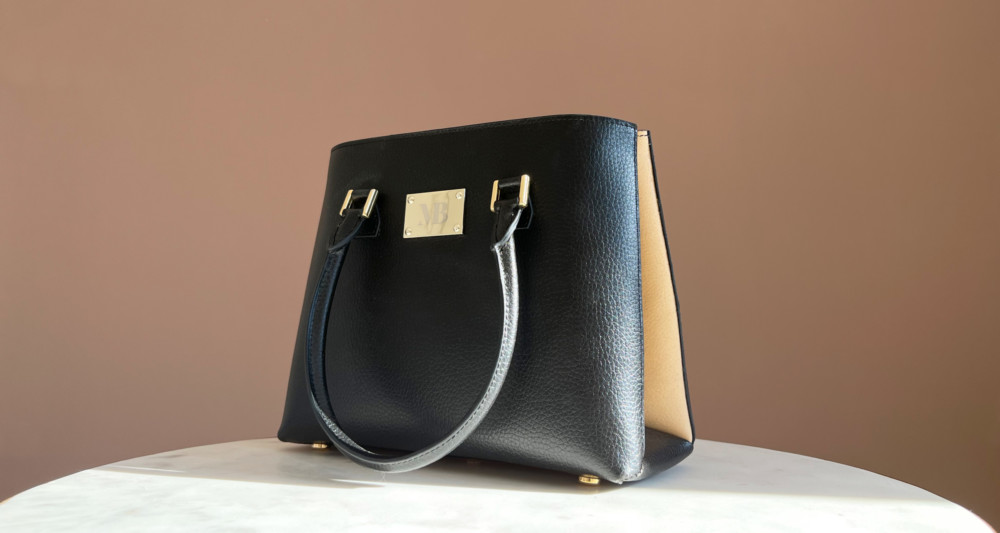 Founded in 2019, Melina Bucher is an ethical and sustainable label using only vegan materials. Due to concerns about the environmental impact of the plastics used in most synthetic leathers, the brand was keen to find alternatives. But it found that many “plant-based” leathers, made from materials such as apple waste or pineapple leaves, still rely on plastic resins and adhesives.

Mirum, which is made from natural rubber and colourants such as charcoal, is different. The material does not require tanning, which is an extremely polluting process, and it takes far less water to produce than conventional leather. Mirum is also said to be circular, as it can be repeatedly reused to make new products and is fully biodegradable.

Earlier this year, Natural Fiber Welding, which produces Mirum, received an investment from car company BMW. The investment makes sense, as BMW has announced it will soon be removing leather from its Mini and 5-Series cars. The car manufacturer has also announced ambitious plans to cut its carbon emissions, and is keen to explore more sustainable materials.

In an interview with vegconomist, NFW claimed to be one of the only truly plastic-free vegan leather brands. The company said it was aiming to set new standards for animal-free leather.

“NFW believes ‘vegan’ should mean ‘plants’, not ‘plastic,’” said Founder & CEO Dr. Luke Haverhals. “In the future, when NFW claims a material is ‘vegan,’ it will be ‘vegan’ in the purest sense of the word.”

The first Melina Bucher handbag to use Mirum will be BAILEY, a two-toned black and beige bag with gold-plated hardware. The bag is handmade by artisans at a family-owned facility in Spain.

“With my philosophy, I stand for honest, transparent, and ethical luxury fashion,” said the label’s founder Melina Bucher. “I want to inspire and encourage consumers and other brands to change.”