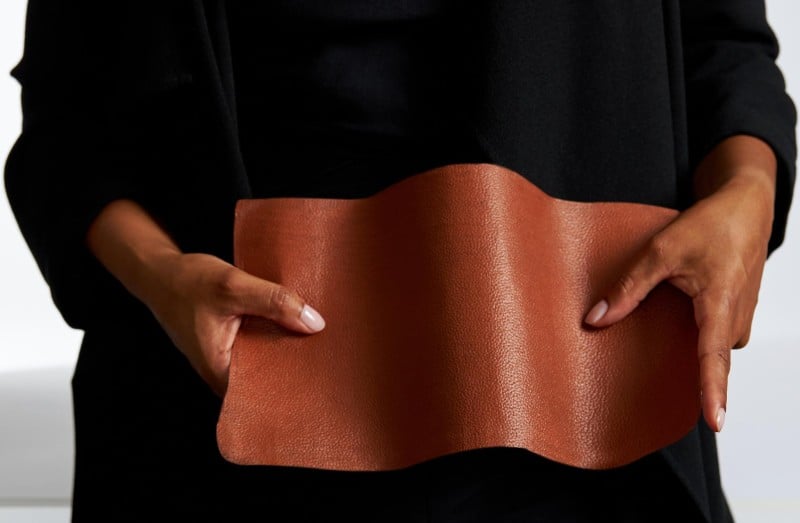 VitroLabs, which raised $46 million in a Series A from high-profile investors including Kering and Leonardo DiCaprio this May, has appointed a notable Board of Directors as part of its mission to create luxurious next-gen leather from cells.

“Within the foreseeable future, we are ushering in a new generation of real animal leather”

The San Francisco-based startup says it has been officially manufacturing its cell-cultivated leather in its pilot plant and that its R&D team is working on advancing its proprietary tissue engineering processes to develop the next-gen leather that luxury brands seek for their products.

Appointed to the Board of Directors this week are Anthony Chow, co-founder of Agronomics; and Martin Avetisyan, chief growth officer and member of the Executive Board at FARFETCH. Agronomics is a cellular agriculture investment group headed by billionaire philanthropist Jim Mellon, while FARFETCH is an online luxury fashion retail platform that sells products from around the world.

Co-founder and CEO Ingvar Helgason said that “their exceptional backgrounds growing and scaling biotech innovations and luxury business development will undeniably be tremendous assets to the company’s team as it forges into the next chapter.”

Helgason comments: “Our team has been deep in R&D to come up with just the solution needed — a true leather replacement that changes the source of leather without changing the leather itself. Within the foreseeable future, we are ushering in a new generation of real animal leather that is luxurious, bespoke, and made without the heavy and unsustainable toll  on our planet.”

The idea behind cultivated leather is to create animal hides without the environmental and ethical concerns that lay behind traditional leather, a concept that has piqued the interest of high-profile fashion houses and investors.

Earlier this year, VitroLabs raised $46 million in a Series A round to actuate production and accelerate the commercial scale of its cultured leather. Among the investors was Kering, the French fashion company that owns brands including Gucci, Leonardo DiCaprio, Ives Saint Laurent, and Balenciaga, which also partnered with VitroLabs to work on product development, adding its expertise in luxury design and quality.

VitroLabs explains that to make its cultured leather, it only needs a cell sample from an animal ‘without ever going back to the animal again.’ The cells are grown in a nutrient-rich environment until they form a tissue with the same durable and luxurious properties as animal hides.

VitroLabs also hired Lance Kizer as CTO. Kizer will lead the VitroLabs R&D team and the scale-up process to bring the “world’s first” cell-cultivated leather to market. Kizer is a former co-founder and chief science officer at Cana Technologies with extensive experience scaling products for commercialization in the food tech, industrial biochemical, and synthetic biology spaces.

“I am extremely pleased to have such a strong leadership team at the helm at VitroLabs. Lance, Anthony, and Martin’s unique backgrounds bring a strong addition of product development, scaling commercialization, growing biotech innovations, and developing businesses in luxury fashion to the company. We are now better positioned than ever before to meet our ambitious goals as we enter the next chapter,” Helgason enthuses.