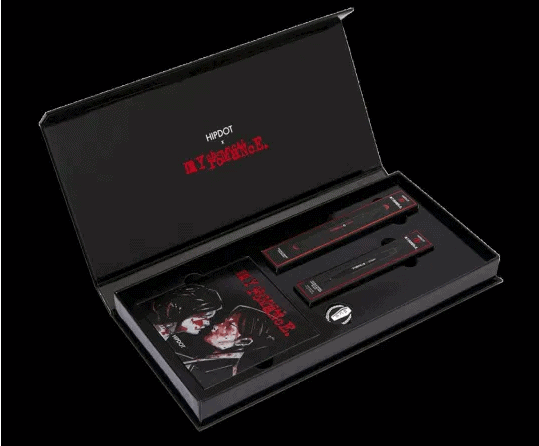 The makeup line included an eyeshadow palette, a retractable eyeshadow brush, and a double-ended eyeliner pen, all featuring the My Chemical Romance logo. An autographed collector’s box containing all items in the collection was also available.

The collection was inspired by the band’s album Three Cheers for Sweet Revenge, released in 2004. The cover of the eye shadow palette featured an image of the album cover, and each of the eye shadows was named after lyrics from the album.

This isn’t the first time HipDot has collaborated with celebrities to produce a vegan makeup collection. Last year, it teamed up with pop star Kesha to create the vegan makeup line Kesha Rose Beauty. The collection was inspired by her album High Road and featured eyeliner, lipstick, and eyeshadow.

Demand for vegan makeup is skyrocketing, with the market expected to surpass $3 billion by 2025. “Vegan” is now one of the most popular product claims made by cosmetics manufacturers.

“The rock music scene has always used makeup as a tool for further expression,” said Jeff Sellinger, Cofounder and Chief Executive Officer of HipDot. “We are excited to bring My Chemical Romance’s cult fan-following the homage they never knew they needed.”