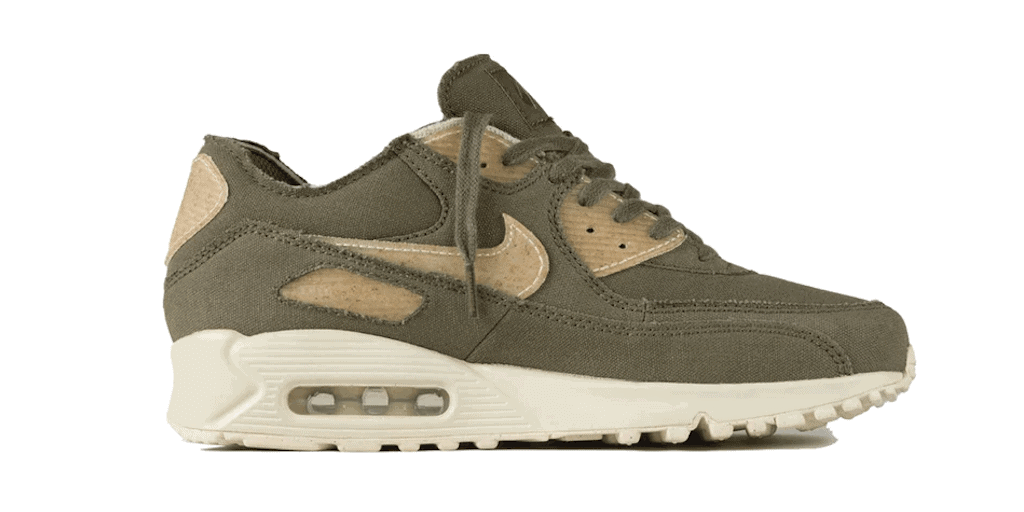 The London-based streetwear label Maharishi has teamed up with global sportswear brand Nike to produce a vegan sports shoe from sustainable materials. The collaboration is the latest in a trend towards vegan and sustainable sportswear.

The vegan Air Max 90s are constructed from 100% organic cotton, naturally dyed with pomegranate and turmeric, and utilising sawdust from grinding down used shipping palettes for pigmentation. The shoes are to celebrate the launch of Maharishi’s flagship New York store. The fashion brand aims to produce “environmentally sound, fair-trade produced, long-lasting, high-quality, utilitarian clothing,” opting for “hemp as well as organic cottons and upcycled military clothing.”

The sustainable sportswear trend continues to grow. Mercer Amsterdam has released its first fully vegan sneaker, made 100% from pineapple, whereas Barcelona’s Rice Co. sells locally made footwear made from vegan and sustainable materials. Multinationals such as Adidas are also getting in on the act, producing trainers made from plastic pollution collected from shores and coastal towns, and British brand Gola recently launched a vegan range approved by the Vegan Society.

“With the rise of veganism as a lifestyle choice and with many of you querying which of our styles are vegan-friendly, Gola is proud to announce the launch of its Gola Classics Vegan range,” reads a company statement.