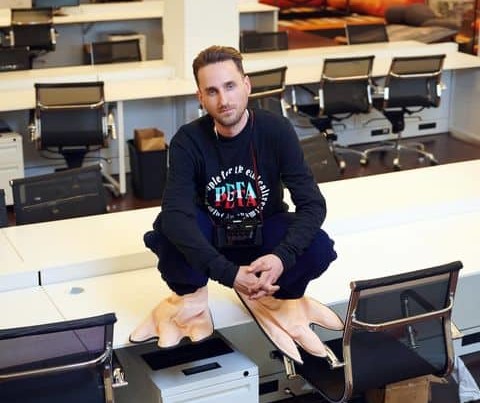 The collection features black shirts with designs inspired by PETA’s logo, along with green hoodies emblazoned with colourful animal-inspired designs. It will be modelled by actor and singer Stéphanie Gérard and other influencers.

“Getting to work with PETA is always special to me, as a lifelong supporter”

The launch is accompanied by a video comparing human and animal eyes, showing the similarities between them. A new custom Instagram filter has also been introduced, making the colours and designs of the collection change to emphasise the importance of seeing things from different perspectives.

PETA has a track record of promoting and supporting cruelty-free fashion, helping to get fur banned from this year’s Copenhagen Fashion Week. In 2021, the charity partnered with LIVEKINDLY for a campaign urging consumers to choose vegan alternatives to wool.

“Getting to work with PETA is always special to me, as a lifelong supporter,” said Phil America. “With this collection, we have created a new design language for people who want to both support PETA and speak up for animal welfare.”