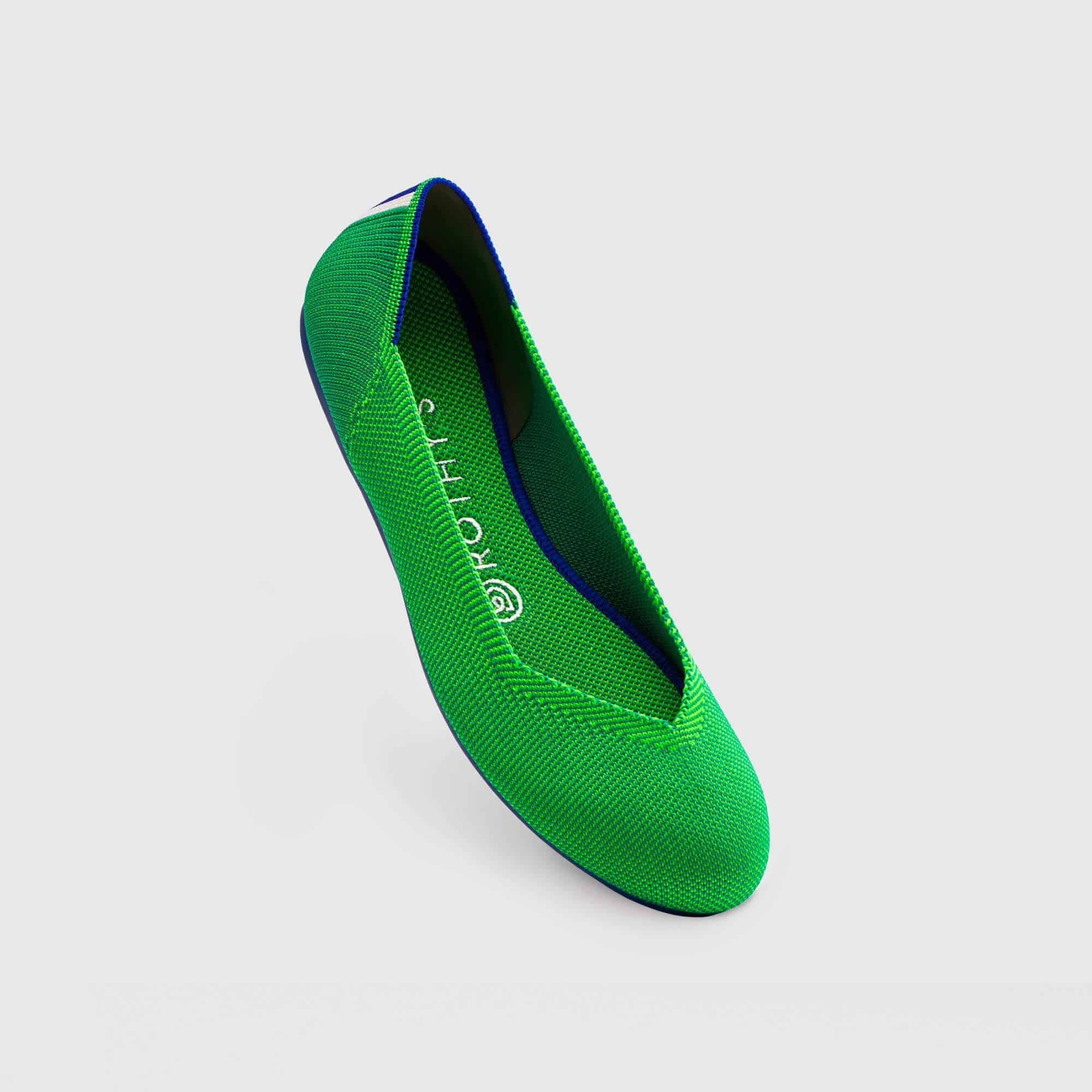 Rothy’s, producers of recycled vegan footwear, had a highly successful 2018; they sold over 1 million pairs of shoes, are one of the world’s fastest growing brands, and have now announced a major new investor.

Goldman Sachs Investment Partners has invested $35 million into Rothy’s, the San Franciscan shoe brand for “women on the go”. The company’s vegan and sustainable ethos has proven highly successful, with a 50-fold revenue increase in two years. Set up in 2016 by Roth Martin and Steven Hawthornthwaite, it has been responsible for the repurposing of more than 20 million plastic bottles.

Making use of advanced design science and recycling technologies, the company creates recycled foam, non-toxic adhesives and carbon-free soles for their shoes. The materials, made from disused plastic bottles and other recyclables, are then 3D knitted, seamlessly, and finished by hand. The unique process also cuts waste, up to 30% less than the average shoe.

So far this year the company has generated over $140 million in revenue, making it a highly attractive investment prospect for Goldman Sachs Investment Partners. Ian Friedman, Co-Head of the Venture Capital & Growth Equity team, explained, “Rothy’s has achieved the rare combination of attributes we look for in a brand: a production process and product offering with differentiated IP, a passionately supportive and loyal customer base and rapid growth achieved through viral means. We believe that Rothy’s has the opportunity to eliminate consumers’ historical need to compromise on style, comfort or sustainability.”

Currently only available online, Rothy’s aims to open stores in major US cities next year, with further international expansion in the pipeline.