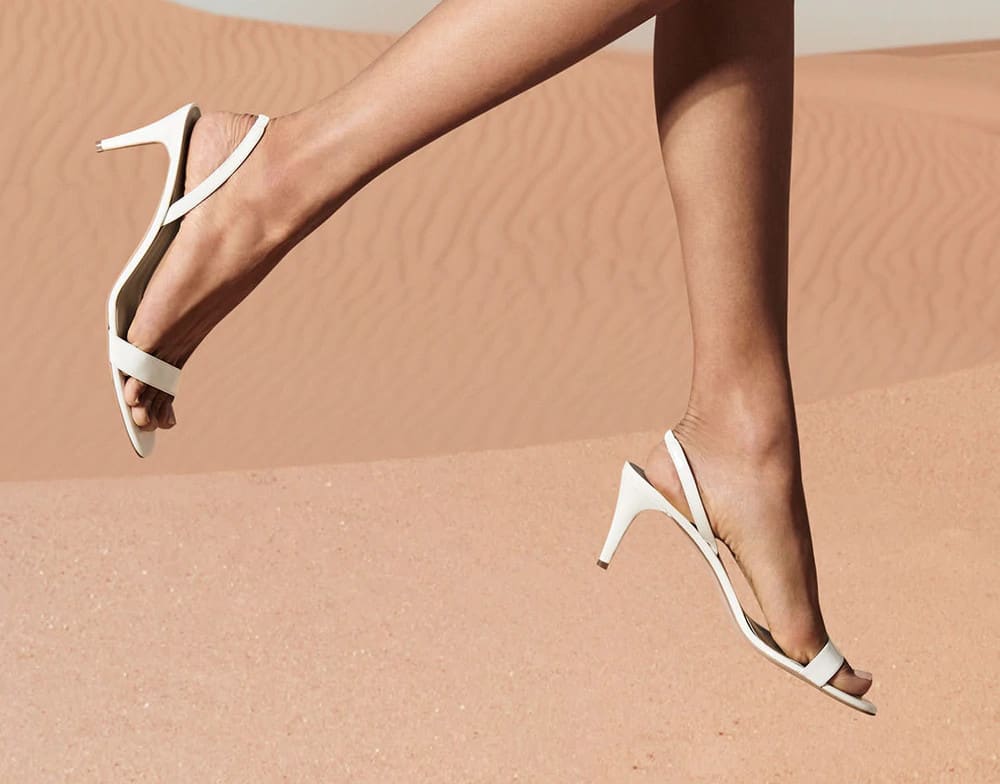 AERA is a luxury brand making sustainable and vegan Italian footwear. The company was co-founded by Tina Bhojwani, a former executive at Dolce & Gabbana and Donna Karan.

Bhojwani had been working for major fashion brands for 20 years when she decided to start a business with a more postive impact on the planet. Initially, she joined forces with university friend Alvertos Revach, who had just started an investment fund focused on sustainable businesses. Soon afterwards, shoe designer Jean-Michel Cazabat — whom Bhojwani had previously worked with — came on board. The trio decided to develop luxury vegan shoes that were indistinguishable from those made with conventional materials.

“Real luxury is leaving the world better than you found it.”

For the exterior of its shoes, AERA uses cotton and synthetic materials such as polyester and polyurethane. The lining of the shoes is made with plant-derived bio polylols, while the soles are made with Italian leather alternative Thunit®. Depending on the shoe, the heels are made from recycled plastic or a combination of wood and TPU. The company offsets the plastics used in its shoes by 110%.

AERA has received a long list of certifications — it is PETA-approved, validated as carbon negative, and the first luxury footwear brand to become a B Corp.

AERA has just launched on Immaculate Vegan, a marketplace for ethical and sustainable fashion. While the platform ships globally, AERA shoes are currently only available within the US.

“We believe that luxury is not a new pair of shoes – it is clean water and fresh air,” said AERA on its website. “It’s not about how much you have, but how much you give back. It’s considering people and the planet when making products. It’s raising the bar, not just for yourself, but for others. It’s about honouring traditions while blazing new trails. It’s about looking forward, not back. It’s about making sure every step you take, has as small an environmental impact as possible. Because real luxury is leaving the world better than you found it.”