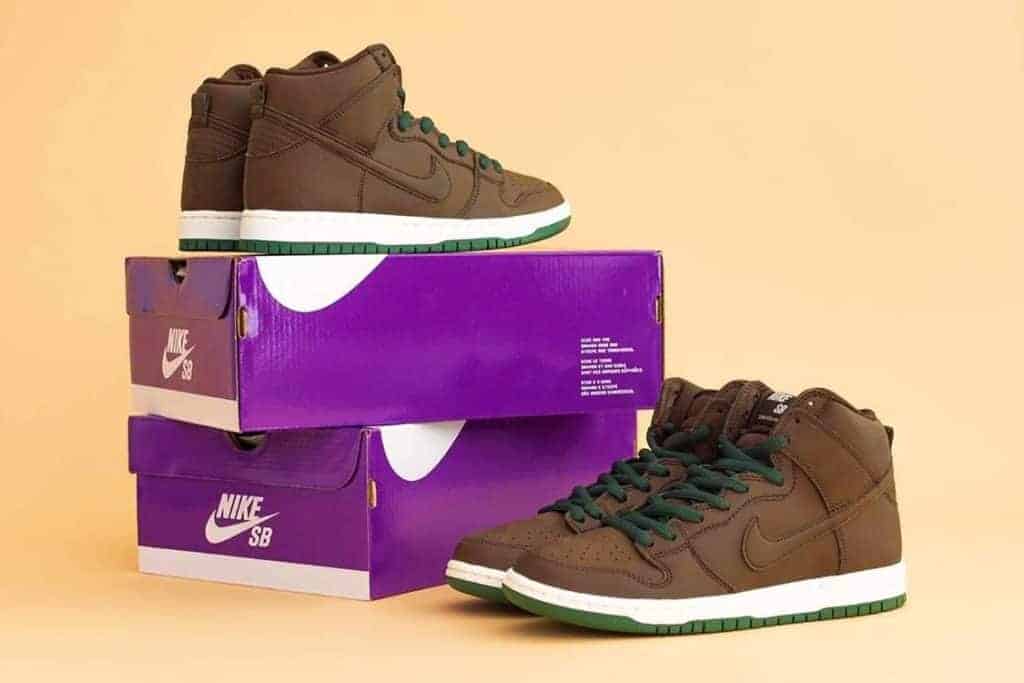 Nike has launched a vegan and leather-free version of its SB Dunk skate shoes. Known as “Baroque Brown”, the shoes have the classic SB Dunk silhouette with a nature-themed brown and green colour scheme.

Availability of the shoe will be limited, and Nike has not yet announced any plans to sell it within the US. It will initially be available at Soul Sneaker Boutique in Mexico and some stores across Europe from next month.

In 2019, Nike created an initiative called Move to Zero with the aim of becoming carbon neutral. Shortly afterwards, it launched a range called Space Hippie made with sustainable materials. The company is already making extensive use of recycled materials such as plastic bottles, nylon, and post-industrial waste.

It also launched a vegan and sustainable sports shoe in collaboration with London streetwear label Maharishi in 2019.

Many companies are now responding to the rising demand for vegan and sustainable shoes, with Adidas recently debuting shoes made with vegan mushroom leather and recycled ocean plastic. Reebok launched a vegan shoe in 2019, while Vans and less well-known brands such as Mercer Amsterdam have done the same.

In October last year, a report estimated that the vegan footwear market was now worth almost $25B, with the growth expected to continue. Increasing awareness of climate change and sustainability is the main driving factor.