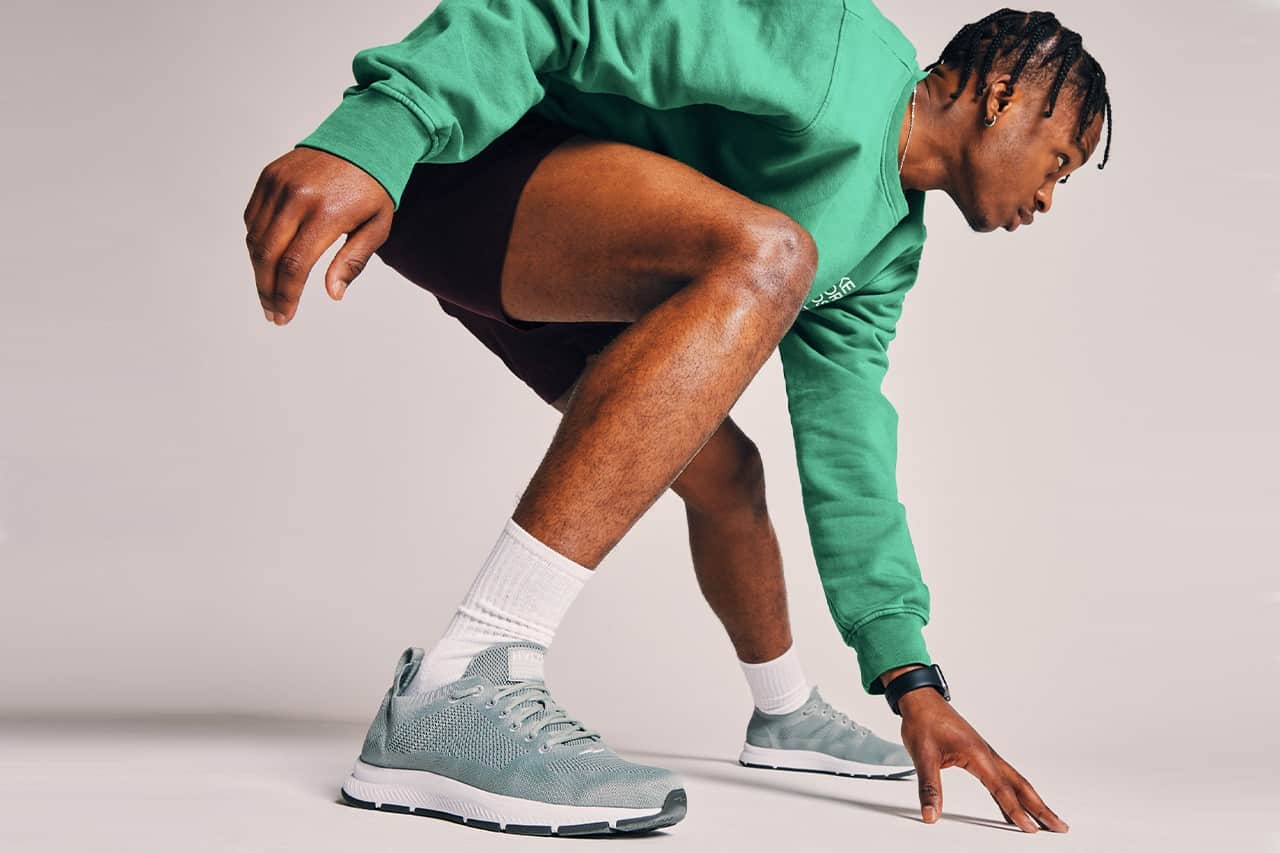 UK-based shoe startup Hylo has secured £2.5 million ($3.2 million) in a Series A funding round for low carbon, vegan sports shoes which are sold DTC to consumers in the UK and USA.

According to Hylo, its vegan-friendly sneakers have a 52% lower carbon footprint than regular running shoes. The sneakers are made entirely with renewable, recyclable ingredients such as natural rubber, cotton, algae, and corn fibre.

Hylo was co-founded by Michael Doughty — a former professional soccer player who played for Queens Park Rangers and Swindon — alongside Jacob Green and John Prescott.

The round was led by Eka Ventures with participation from Redrice Ventures and angel investors including England footballer Patrick Bamford, and the fresh funds will be invested in the development of new products and expansion of sales and marketing efforts.

A report last year found that the global sustainable footwear market is predicted to grow with a CAGR of 6.2% through to 2026. This is largely being driven by growing awareness of sustainability issues, along with stricter environmental regulations. As a result, increasing numbers of sustainable shoes are now being launched in both the athletic and luxury fashion sectors.

“John, Jacob, and I founded Hylo to provide the athlete with products that not only perform but that drastically improve the impact that sportswear is having on our world,” said Doughty. “With the continued support of our initial investors and by welcoming Eka Ventures, Redrice, and Mahr Projects into our Series A round, we have a team and the resources to continue on that journey and change the future of sportswear.”