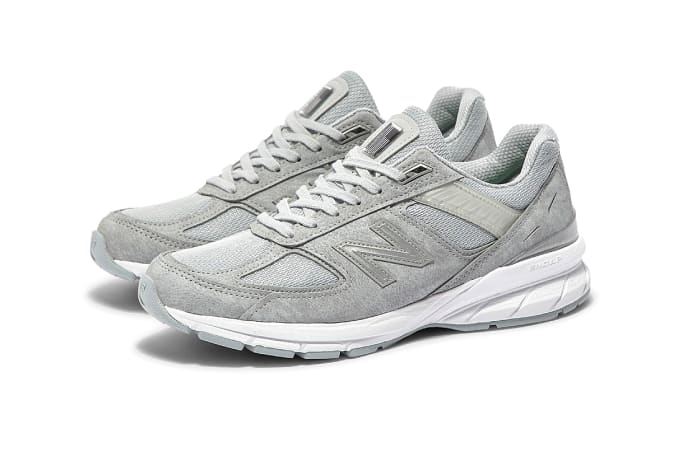 Sportswear brand New Balance has launched the first ever animal-free version of its classic 990v5 sneaker. Pigskin suede has been replaced with vegan leather and plastic overlays to make the shoes cruelty-free.

The sneaker looks very similar to the original 990v5, with the same greyscale palate. However, it also features a green and white V logo on the heel.

The 990v5 Vegan will officially launch on January 21, retailing at $297. Initially, it will be available via an online raffle draw.

Several shoe brands have recently launched vegan versions of their classic silhouettes. These include Adidas with its Clean Classics line, and Stella McCartney’s vegan Eclypse sneakers.

New Balance has also previously launched a vegan shoe — the NB for Jaden Smith Vision Racer. The shoe was developed in collaboration with brand ambassador Jaden Smith, who worked alongside the company to help design it.

“Shared values of transforming the status quo; staying true to oneself; giving back to community; and respecting heritage while co-authoring a distinct future, are the foundation of the relationship between New Balance and Jaden Smith,” said Chris Davis, New Balance Chief Marketing Officer and Senior Vice President of Merchandising.