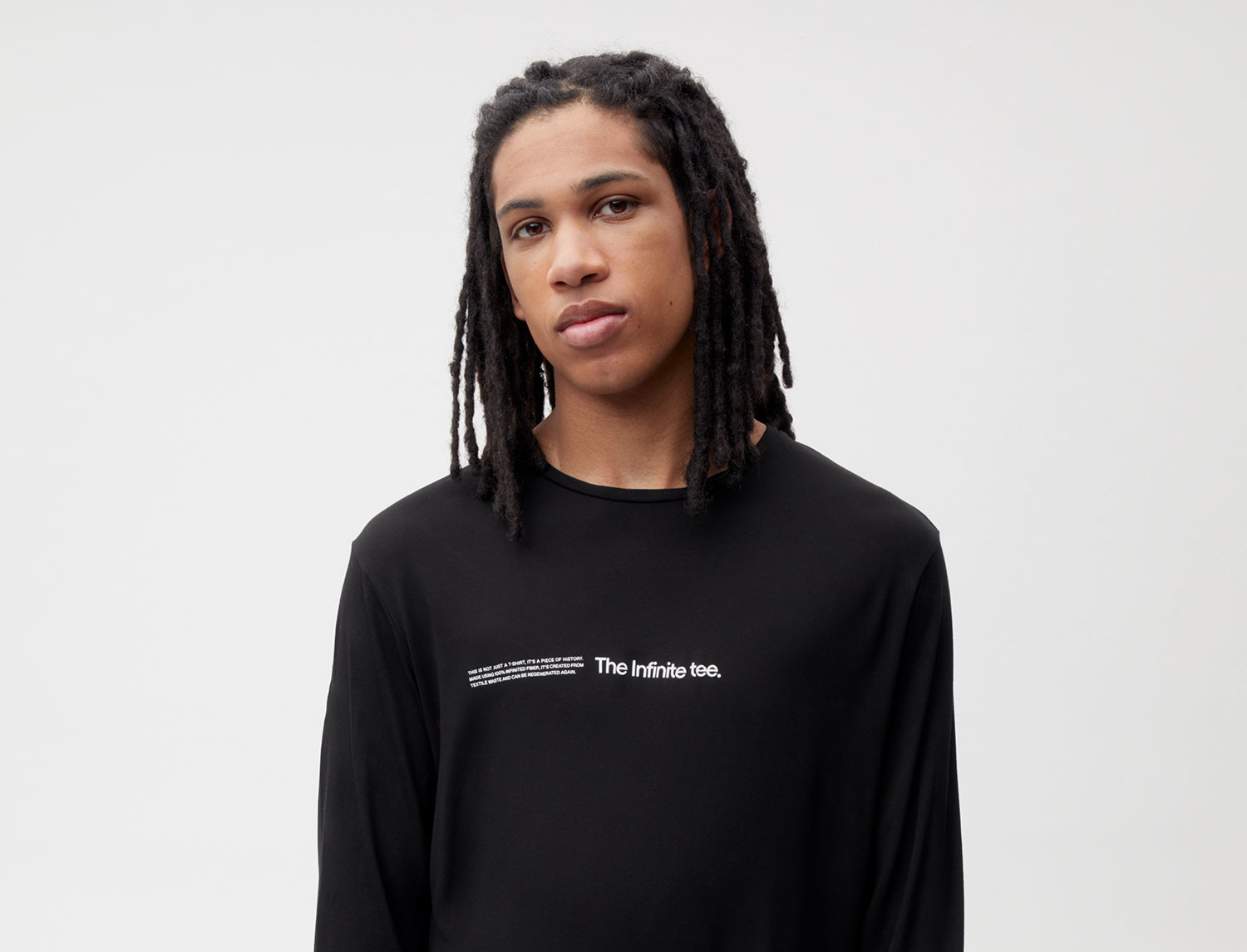 Available only from the company’s website, the new shirts feature a graphic with the phrase “Infinite Tee” printed on both sides. The launch marks the first time a shirt made with Infinna™ fibres has been available to purchase.

Infinna has the look and feel of cotton, but is made entirely from recycled textiles. Fabric made with Infinna can be recycled multiple times, helping to keep clothing out of landfill.

The fibre is made by circular fashion and technology group Infinited Fiber Company, which has just formed a multi-year agreement with PANGAIA. The aim of the partnership is to scale access to innovations in circularity.

This is PANGAIA’s third collection within the PANGAIA Lab, which is described as a hub that aims to “reduce barriers between people and the breakthrough innovations in materials science”.

In 2019, PANGAIA told vegconomist it was focusing on fashion because the industry is the second most polluting in the world. But the company isn’t stopping at clothing — last month, it announced it was expanding into the food and lifestyle category with the launch of functional foods such as superfood bars.

“We are looking at it holistically,” Ira Laufer, the new CEO of PANGAIA Health, told Forbes. “In the product itself, we bring a breakthrough innovation to the market. We have identified the food industry as a big opportunity with the pandemic and what’s happening with plant-based foods.”