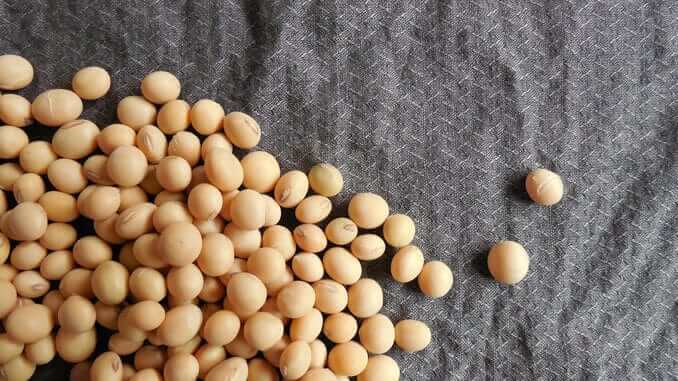 High heels, sneakers or winter jackets; there is now a vegan alternative to almost every garment and animal-derived material. There are also textiles which have been on the market for a long time, but are only now attracting attention as a result of the vegan boom. Soy silk is one example.

Artificial silk can only be used to a limited extent

Thanks to its properties, silk is a popular material in women’s outerwear and can be easily mixed with other materials such as linen or cotton. However, the increasing demand for vegan fashion poses a significant challenge to the industry. This is because the cheaper alternative to silk, artificial silk, which has been used up until now, by no means meets the requirements that natural silk does.

Soy silk as an alternative

Soy silk behaves quite differently. This promising material is made from production residues generated during the processing of soybeans into foods such as tofu. The resulting plant-derived protein fibre is completely biodegradable and has similar tactile and aesthetic properties to conventional silk, which is why the material is called soy silk. The fibre regulates temperature and absorbs a lot of moisture.

The woven fabric has a smooth, soft structure, and the sheen typical of silk. In contrast to conventional silk, soy-based textiles hardly wrinkle at all. And compared to artificial silk, soy silk is a natural fibre, which makes it very easy to dye.

Although this textile sounds new and fits perfectly with the positive trend toward sustainable fashion, soy silk is not a new idea. As early as the 1940s, American textile designers and developers experimented with soy proteins. Henry Ford even owned a soy silk suit.

Having not been used for a long time, the fabric has recently attracted attention once again. Soy fibre is currently mainly offered as knitting yarn for hobbyists. The high availability of the material and rising demand for animal-free silk suggest that it is only a matter of time before the material is also used by fashion designers – especially in the luxury segment.

This article comes from Mirjam Walser, co-founder of Faloa – the online shop for vegan, sustainable and fair fashion.
(Launch 2019)