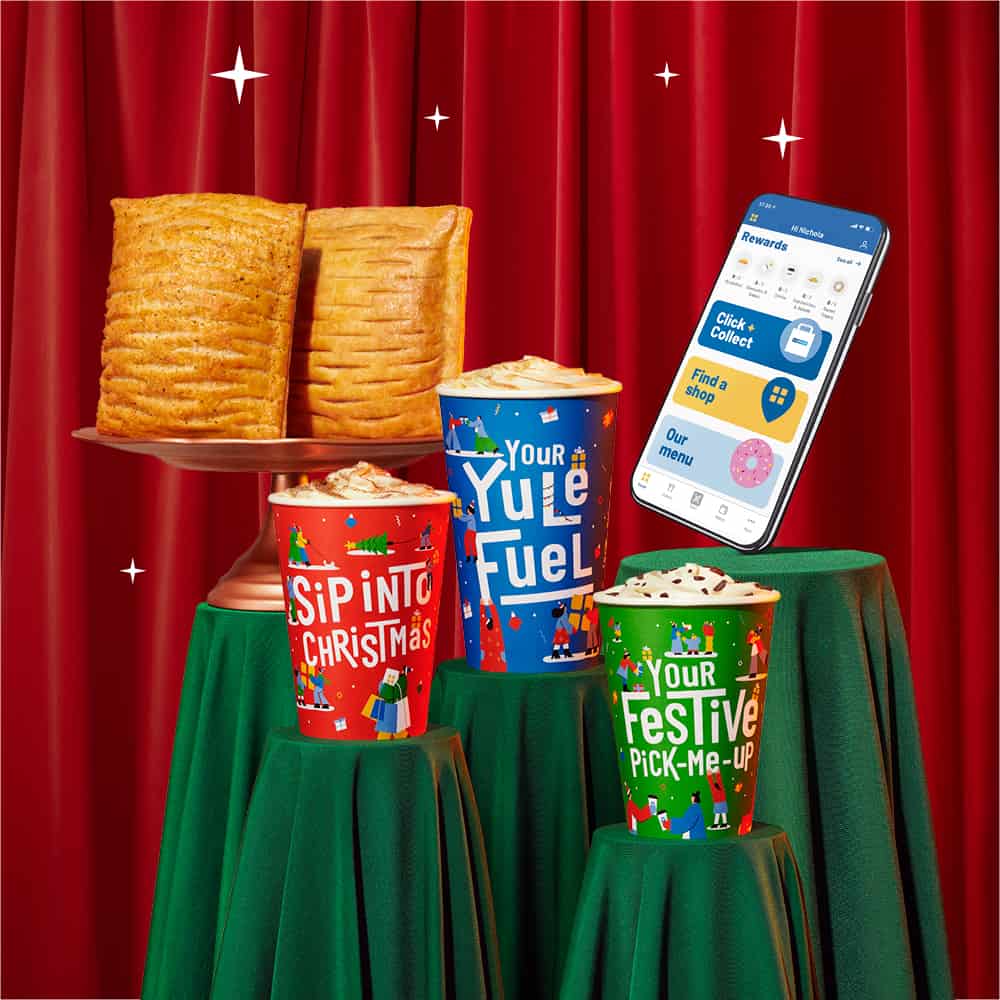 British high-street bakery chain Greggs has announced it will be giving away free Vegan Festive Bakes throughout the month of December.

A total of 50,000 Festive Bakes — both vegan and non-vegan — will be given away to customers who download the free Greggs app. This giveaway is in addition to the existing offer of a free hot drink for each download. Drinks from the festive menu, including Mint Mocha, Mint Hot Chocolate, and Salted Caramel Latte, are included.

Once customers have downloaded the Greggs app, they will receive other offers, including a new stamp each time they shop. After they have collected nine stamps, customers’ tenth purchases will be free. Users will also receive a free sweet product on their birthday, as well as the option to use Click and Collect to avoid queues.

For almost eight decades, Greggs offered mostly meat-based options, but things began to change in 2019 when the company launched its vegan sausage roll. The product was a huge success, leading Greggs’ sales to top £1 billion and shares to jump 13%. Following this success, the chain launched more vegan products, including a vegan steak bake, a sausage breakfast roll, and a ham and cheeze baguette.

Greggs’ new Vegan Festive Bakes are the latest meat-free option to join the range. Feedback so far has been extremely positive, with customers taking to Twitter to praise the product.

The festive offer will run until the end of December, or until all 50,000 bakes have been given away.