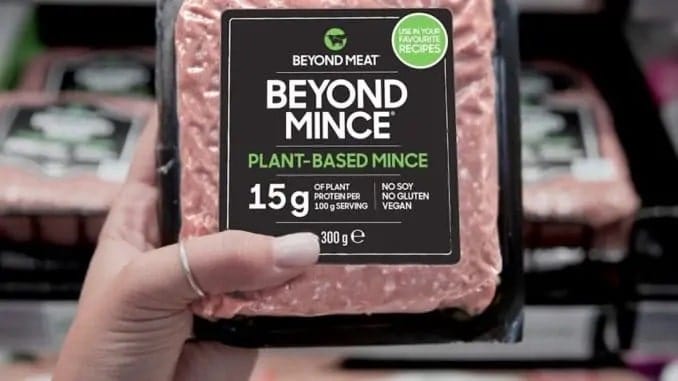 Last June, Beyond Meat announced the official opening of a co-manufacturing facility in Zoeterwoude, the Netherlands, in partnership with meat manufacturer Zandbergen, to allow for end-to-end capabilities in Europe, as well as the acquisition of the company’s first European manufacturing facility. Thanks to this European presence, Beyond today announces retail expansion throughout the UK and Europe on a vast scale.

Last week, the company announced large scale retail expansion in North America, strengthening its retail presence to approximately 28,000 retail outlets across the US. In the UK, Sainsbury’s is to almost double its distribution of the Beyond Burger throughout the country from this month. Between Sainsbury’s and upscale supermarket Waitrose, Beyond Meat is entering about 450 new retail stores throughout the UK market.

In mainland Europe, European product Beyond Mince® became available for the first time in the Netherlands and Switzerland in Q1 of this year, and this product will roll out in additional countries such as France, Spain, Belgium, Italy and more at prominent retailers such as Casino Group, Carrefour, Esselunga and Delhaize. In the coming months, Beyond products will expand into over 1,000 new German retail stores and approximately 1,140 new retail stores in Austria.

“These new and expanded retail partnerships in the UK serve as strong proof points that Europe’s appetite for plant-based meat and Beyond Meat products in particular is on the rise,” said Chuck Muth, Chief Growth Officer, Beyond Meat. “We know our customers are looking for alternative protein options that taste great, and due to consumer demand we’ve been able to grow rapidly to make plant-based meat options that are better for the planet and more accessible to all.”