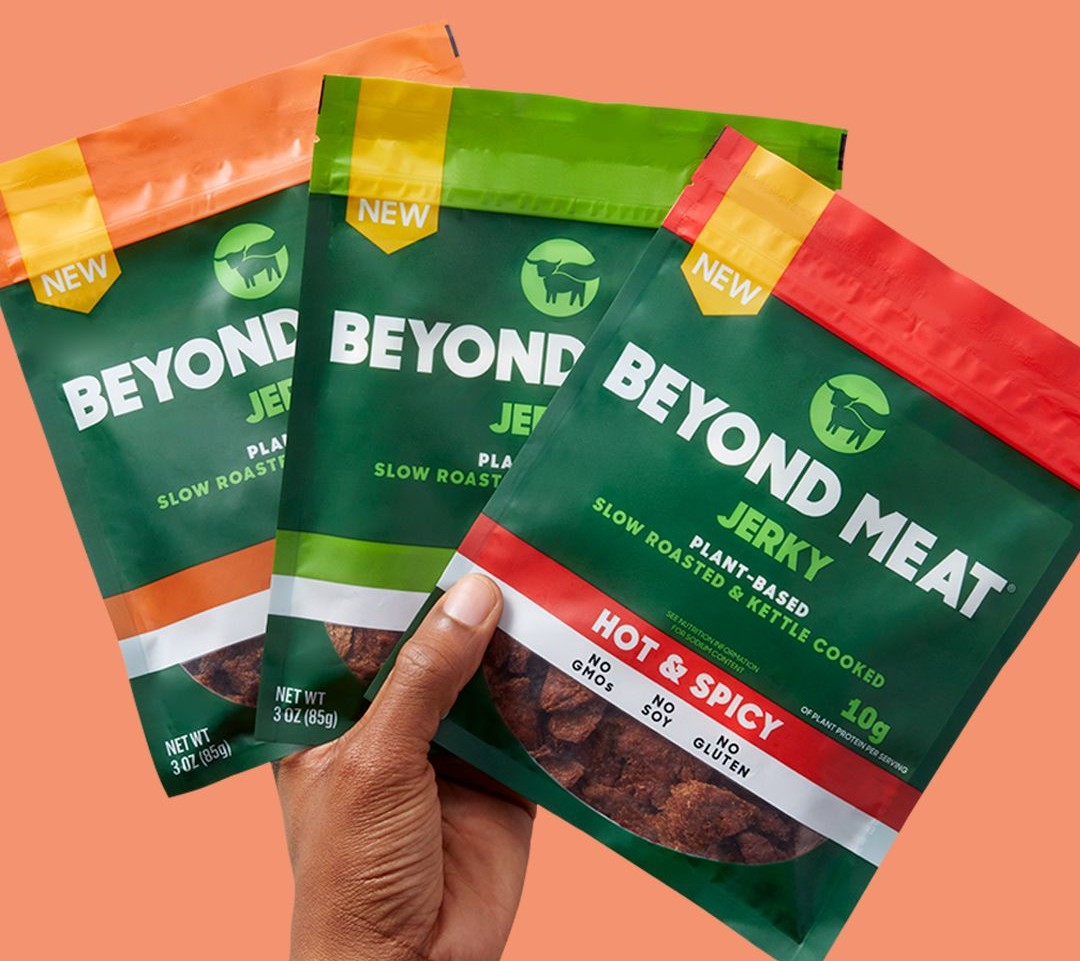 Beyond Meat and PepsiCo announce the launch of Beyond Meat Jerky, the first product from the two company’s PLANeT Partnership, LLC joint venture. The plant-based beef jerky will debut in US stores nationwide beginning March 23.

Beyond Meat says the jerky is the brand’s first shelf-stable product and will open new distribution channels ranging from grocery stores to gas stations, club stores and pharmacies.

Created to offer a healthier, full-flavored and convenient snack experience, the jerky is made from peas and mung beans with ten grams of protein per serving and no cholesterol, soy, gluten or GMO’s. The product is marinated and slow-cooked to offer the same savory experience as traditional beef jerky, according to the brand.

The jerky launches in the following flavors:

A positive force for the planet

Last year, Beyond Meat and PepsiCo formed The PLANeT Partnership, LLC to bring innovative plant-based snacks and beverages to market. PepsiCo also stated the partnership was part of the food conglomerate’s efforts to create a better food system by building a portfolio of more sustainable brands.

“We are thrilled to introduce the first product from Planet Partnership, our joint venture with Beyond Meat and PepsiCo,” said Dan Moisan, CEO of Planet Partnership. “The nationwide launch of Beyond Meat Jerky will make plant-based meat accessible to millions of households. It tastes great, it’s a good source of protein, and it’s convenient to eat whether you’re on the go, at the office or out on adventures.”