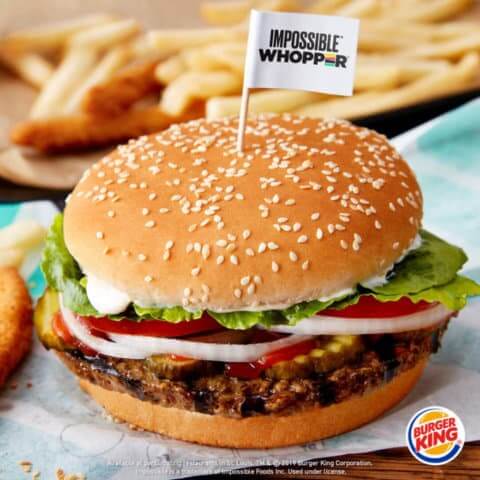 Burger King is testing a new, plant-based version of the Whopper Sandwich in St Louis USA, using an Impossible Meat patty. In a new video, Burger King surprised its guests by serving the Impossible Whopper instead of the classic meat patty and filmed their reactions.

BK states that 2.1 billion Whoppers are sold each year around the world, so this has a potential to be a hugely influential move for the firm and for veganism.