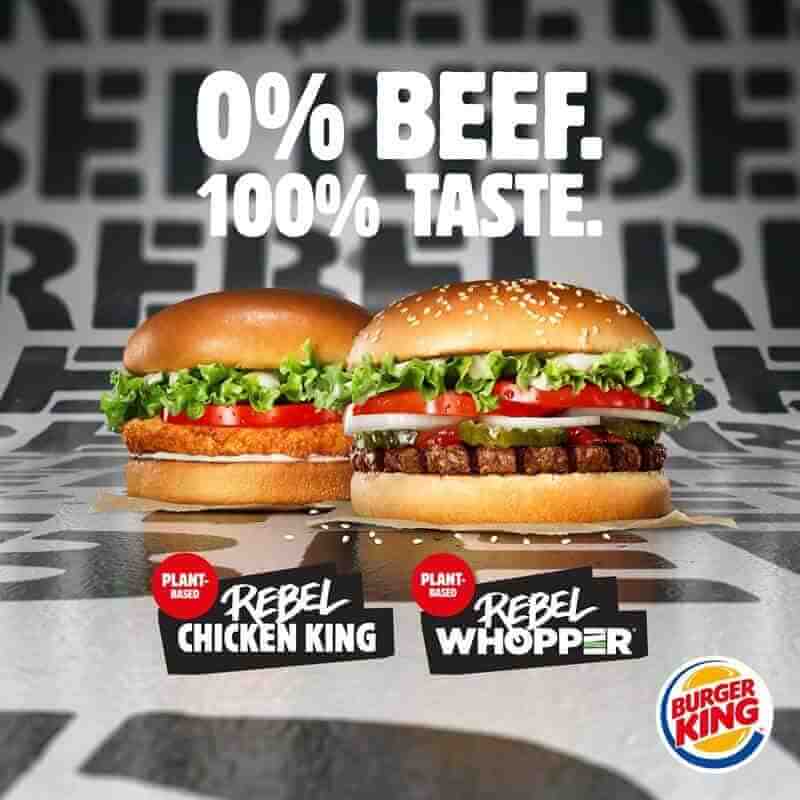 Burger King today announces the Europe-wide rollout of the Rebel Whopper across Europe in what Bloomberg has termed “one of the largest product launches in its history” with the first large-scale restaurant partnership for The Vegetarian Butcher, a Unilever subsidiary, which will produce the plantbased burger.

The plantbased product is now available at 2,500 Burger King outlets in European 25 countries, including Spain, Germany, Italy, Portugal and Poland. It will be reportedly come to the UK “very, very soon.”

The Rebel Whopper comes served with an egg-based mayonnaise, so vegan customers must request to remove the mayo, and as is the case with the McDonalds PLT and other recent fast food additions such as Hungry Jack’s in Australia, the patty will be cooked on the same broiler as animal meats – as such some vegans will choose not to consume the product, which in fact is not aimed at vegan consumers.

The patties will be produced by Dutch brand The Vegetarian Butcher, which was acquired in 2018 by Big Pharma / Big Food multiconglomerate Unilever. Unilever has been gradually entering the market in recent years with dairy and egg free product launches such as Hellmann’s vegan mayo (which might have been used on this burger to make it more vegan friendly, but isn’t…), Magnum, and Ben and Jerry’s.

Bloomberg reports that, The Vegetarian Butcher was “the best possible partner” for the Europe rollout, according to David Shear, president of Burger King and Popeyes EMEA. Apparently the prices will be roughly comparable to other menu items.