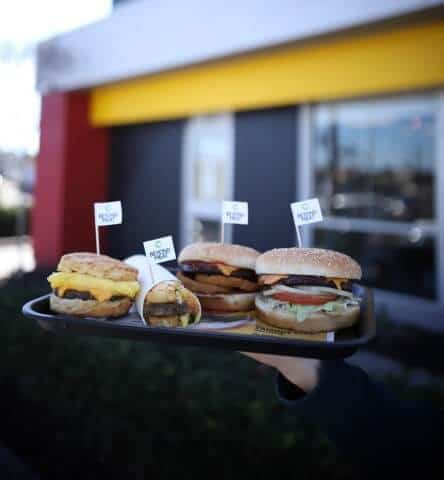 Carl’s Jr. and Hardee’s have announced the give away of one free item from their Beyond Meat menu. Visit any participating location on Monday, February 3, purchase a drink, and use the phrase “Beyond the Game” to receive the free offering.

The day after Sunday’s Big Game is notoriously the most skipped workday in America, with an estimated 17.2 million Americans missing work. This giveaway is to assist Americans who overindulged during Sunday’s Big Game recover with a plant-fuelled Monday.

The Beyond Meat Giveaway includes the following items:

“Carl’s Jr. and Hardee’s recently partnered with Beyond Meat to become one of the first national US quick-service restaurants to offer all-day plant-based options for breakfast, lunch, and dinner,” said Patty Trevino, Senior Vice President, Brand Marketing at CKE Restaurants. “Now, we look forward to making Carl’s Jr. and Hardee’s an escape for Americans with a great-tasting, satisfying plant-based meat deal during this particularly tough Monday.”