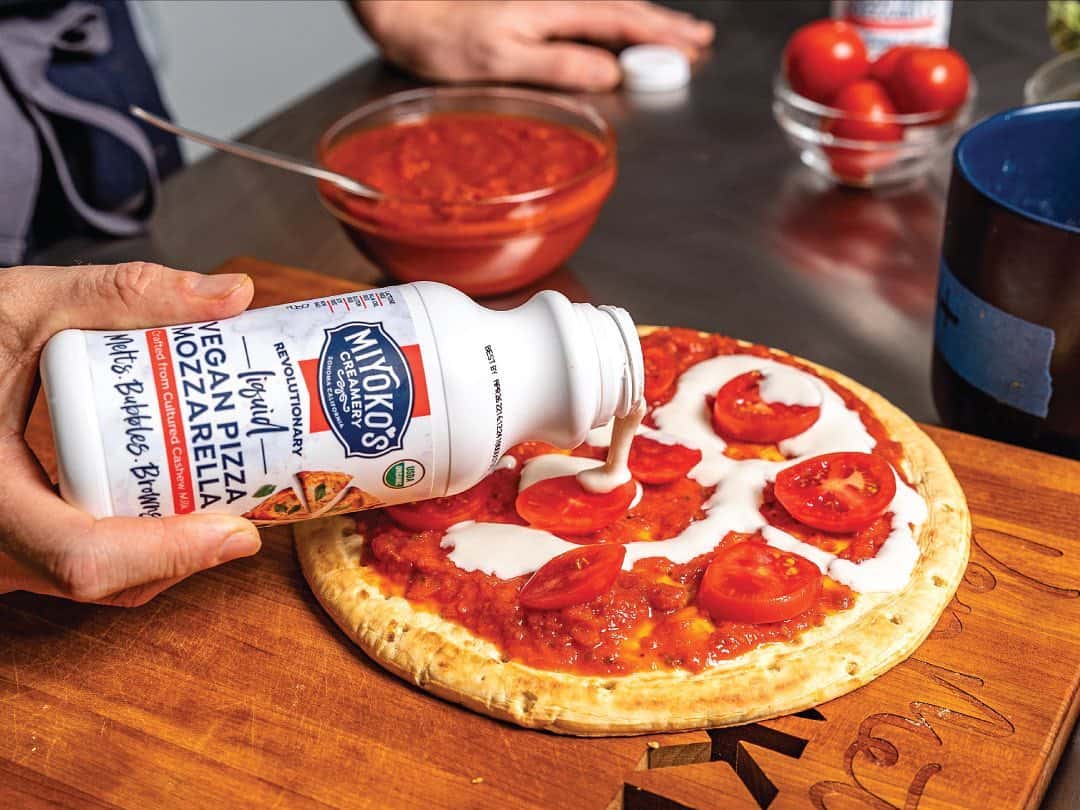 The unique Liquid Vegan Pizza Mozzarella format differs from the conventional block or shredded cheese approach, which is made from organic cultured cashew milk, which is the brand claims is fermented according to traditional cheesemaking techniques. This format means the product does not have any added flavors or excess ingredients.

After recently winning the Best New Product Supporting a Plant-Based Lifestyle at the Expo West 2022 NEXTY Awards, Miyoko’s Liquid Vegan Pizza Mozzarella will be hitting shelves at Whole Foods Markets across the South and Southern Pacific regions from May 1st. Miyoko Schinner previously revealed to vegconomist that the product launched last year in foodservice, with partnerships with national pizza chains also on the cards.

“Something new and exciting”

In a recent interview with vegconomist, following its $52 million Series C fundraise, CEO Miyoko Schinner stated: “I believe that our philosophy of using nutritious, plant-based ingredients people understand, such as cashews, oats, legumes, and applying biological processes to them to transform them from familiar formats to new ones never imagined before, inspires people. People want to trust the companies that make their food, to know what’s in it, and still get something new and exciting”