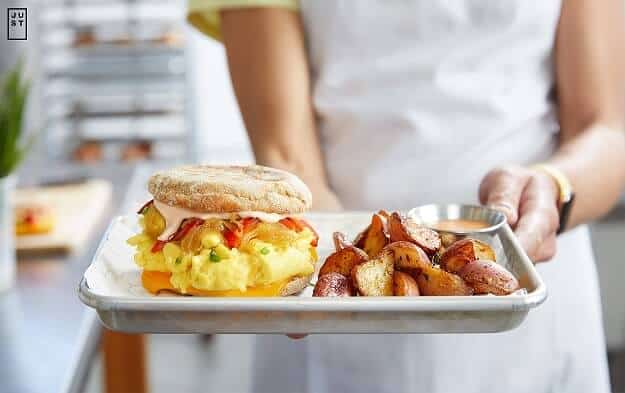 Though JUST CEO Josh Tetrick declined to name the companies, he said that authorities are trying to think about how to reduce the risk of future outbreaks by curbing China’s reliance on meat from confined animals. The country’s wet markets, where freshly slaughtered, unpackaged meat is sold, have been identified as a possible source of the deadly outbreak that’s claimed more than 3,169 lives in China and disrupted businesses worldwide.

“Some of the biggest companies, larger food manufacturers, including some that are backed by the state government, are proactively reaching out to me personally, our executive team, our board, and the team in China, about now wanting to partner,” he said in an interview. “China’s producers are viewing the current climate as a time for more quality-controlled food.”

Prior to the outbreak, China was already experiencing protein shortages caused by the spread of African swine fever and its impact on pork supplies. The country is viewed as a major growth market for plant-based protein producers, including Impossible Foods and Beyond Meat.

A spokeswoman for Impossible Foods reiterated the company’s goal to be in China as soon as possible, saying that it had already started the approval process with China’s Food and Drug Administration for its products. Impossible Foods’ plan to expand into China is unrelated to the virus outbreak, which is “the latest public health crisis due to use of animals in the food chain,” the spokeswoman said.

Beyond Meat still hopes to enter production in Asia by the end of the year, Chief Executive Ethan Brown said in late February, though its plans have been slowed by the virus’ spread.

David Yeung, the founder of Green Monday, a Hong Kong-based maker of imitation pork products and seller of other plant-based foods, echoed the view that the virus will drive consumers toward his products.

“The triple threat of coronavirus, ASF, and Avian flu fully expose the vulnerability of the protein/food supply chain,” Yeung said in an email to Bloomberg. “From a consumer standpoint, demand for safe, reliable healthy food will absolutely skyrocket.”

For JUST, Tetrick has long viewed China as a similar growth play and already sells its v-eggs in stores and online there.