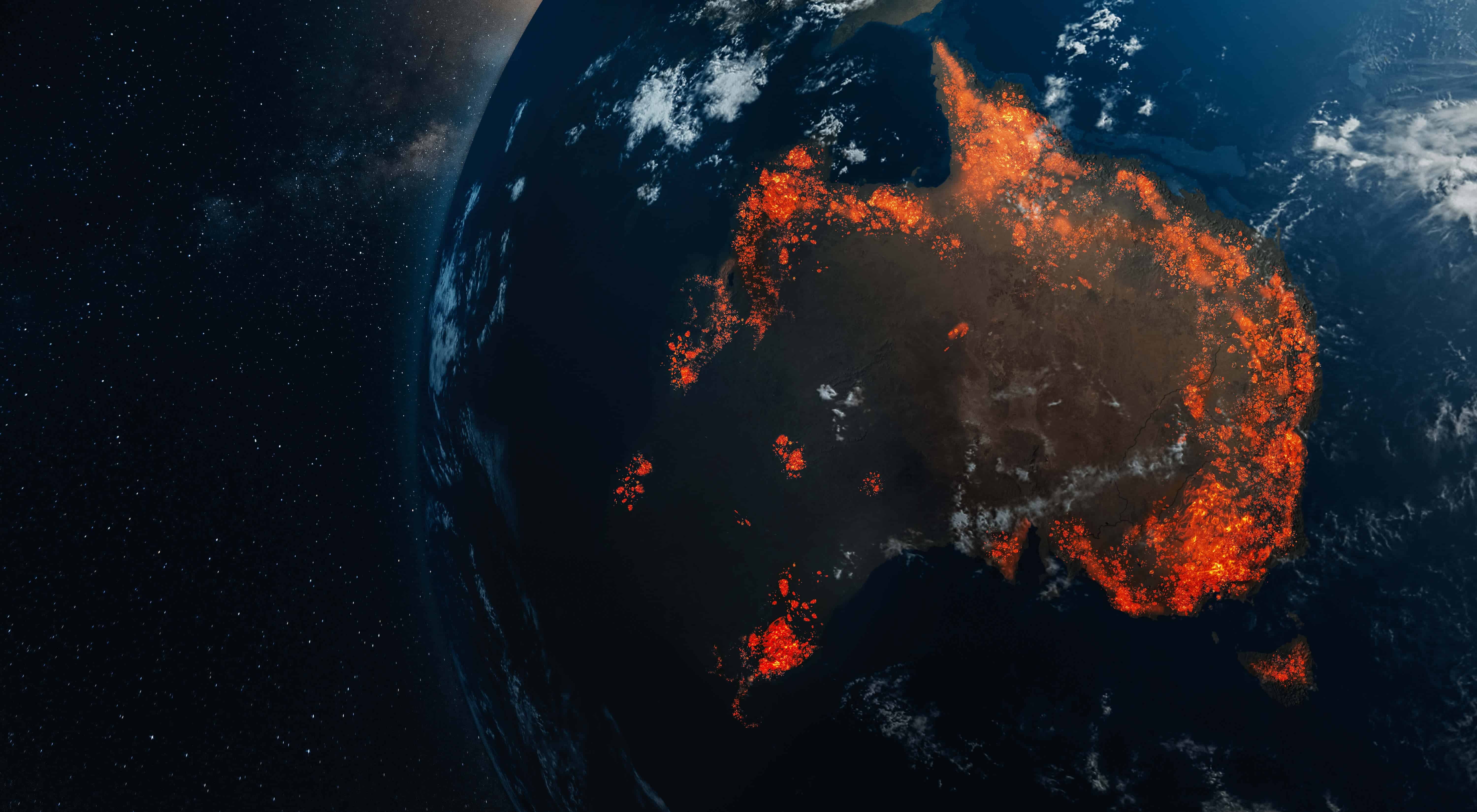 As we announced last week, vegconomist is pleased to welcome Veronica Fil – former economic advisor to the Australian government, food industry expert, and founder of vegan brand Grounded Foods along with husband, chef Shaun Quade. In this first special guest post Veronica speaks about a matter especially close to her own heart.

“As an Australian, I can only describe the recent bushfires as apocalyptic. Terrifying. A crisis so extreme, that it feels almost unreal to watch from the safety of a screen. Sadly, the reality is still setting in: more than 1 billion animals perished in the flames. It’s not over yet, and the toll is still climbing.

Understandably, focus has been on the immediate damage caused by the crisis. But that’s only the beginning of a much greater impact I see this could have on Australia’s food system. For dairy farming in particular, it may even be a catalyst for major disruption.

Even before the bushfires, dairy farmers were struggling. Drought, combined with high input costs and rock-bottom supermarket pricing, was crippling small producers. But then came the blaze.

As it swept through dairy farmland across Victoria, New South Wales and Tasmania, it took entire ecosystems with it. Not only the animals used in agricultural production, but everything living, including grass, trees, insects and birds. Farming infrastructure was impacted: water contaminated; roads blocked; equipment ruined; land razed.

Faced with power shortages and road obstructions, some farmers were forced to pour thousands of litres of milk down the drain each day, while others euthanized their badly injured cows to avoid further suffering.

Immediately, supplies of fresh milk to some areas became limited. But it’s unlikely that these shortages will persevere for long—especially not when Big Dairy is on the case.

Unlike the small-scale farmers who have been left shattered by the crisis, major companies such as Fonterra, Freedom Foods and Bega remain adamant that the fires will cause minimal disruption to their operations.

Supermarkets are unlikely to save the little guys by raising milk prices either. Farmers have been rallying Australia’s Big 3 supermarkets (Woolworths, Coles and Aldi) for years now, pushing for fairer compensation per litre. But as Richard Holden, Professor of Economics at UNSW points out, supermarkets are just one cog in a greater supply chain that controls this. In reality, price volatility in the international dairy market plays a much larger role in determining what farmers get paid—and as a result, “Neither government intervention nor higher retail prices can do much to help them.”

For many of Australia’s independent farmers, I think this could be the final blow in what’s been a long round of punches. Prior to the fires, the signs were already pointing to our local industry being vulnerable, inefficient and badly broken. Now, despite the haze of smoke, those signs have never been clearer: the time to re-evaluate our dairy industry is now.

This is not a conversation about the ethics of dairy production, but one about the sustainability of our food system and economy as it exists today. After all: if something isn’t working, and if there are such serious inefficiencies at play, then surely it’s time to look for a new way.

In the US, former dairy farmers are already converting their land for oat and hemp production—core ingredients for many plant based dairy foods. With global demand for alternative proteins continuing to rise, Australia seems uniquely positioned to take a similar lead; to diversify and strengthen its agricultural capabilities as part of the plant based supply chain.

It’s an opportunity that economists at CSIRO’s strategic advisory branch, CSIRO Futures, have already acknowledged. In the report released late last year, titled Growth opportunities for Australian food and agribusiness, CSIRO estimated that the domestic and export opportunities for alternative proteins could reach AUD $4.1b and AUD $2.5b respectively by 2030. That is, of course, if we start dedicating resources towards capturing that potential.

Research estimates that meat and dairy production accounts for 60% of greenhouse gas emissions produced by agriculture, and that even low-impact meat and dairy products are likely to cause more environmental harm than sustainably farmed vegetables. CSIRO analysis estimates that consumption of alternative proteins may create an additional $5.4B in carbon emission and water savings annually by 2030.

Geographical proximity to key markets such as Singapore and China, along with a thriving (yet largely under-acknowledged) agri tech sector, back up the business case even further. So why aren’t we doing it already?

To make it happen, we need support…

There’s no quick fix solution to what, in all honesty, is a deeply complex issue—and one that I’m in no position to advise on. Land cannot simply be converted to a cabbage patch or plant based burger factory overnight; some dedicated dairy farmland is not suitable for growing vegetable crops, and the pastures burnt by bushfire will require significant water resources in order to even regenerate. But with the right support, this could signify a genuine turning point.

We need the incentives in place to help farmers repurpose part of (or in some instances all of) their land for plant based agriculture. We need programs in place that encourage outside-of-the-box thinking, novel solutions. And we need money. From the government, from the investment community and believe it or not, from the big businesses that have emerged unscathed.

Let’s not forget the role of international corporations either. Companies like Tyson, McCain and Nestle—all extremely not vegan companies—are backing the plant based boom, and they’re putting big dollars behind the competitive hunt for innovation. I’d love to see Australia’s agri tech sector and local farmers benefit from their investment.

Because funnily enough, it might just be their pursuit of plant based profit that saves us.”