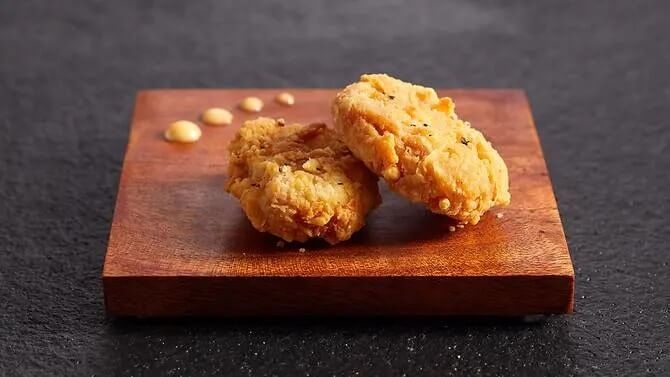 The GFI has said that today a ‘new space race for the future of food’ has begun as Singapore becomes the first country in the world to approve cultivated meat for sale. Eat Just, famous for JUST Egg, has been granted permission  for the sale of cultivated chicken ‘bites’ to the public. As we predicted last week, cultured meat is here.

Eat Just revealed in October its $120 million facility in Singapore and its plans to move into cultured meat, and in conversation with vegconomist later that month the company confirmed its development of cultured chicken, stating: “We’re excited about our small-scale commercial launch of cultured chicken as soon as we have a regulatory pathway. We’ve been working on this with regulators in several parts of the world and can’t wait for consumers to taste it.”

Josh Tetrick, CEO of Eat Just, says today, “Singapore has long been a leader in innovation of all kinds, from information technology to biologics to now leading the world in building a healthier, safer food system. I’m sure that our regulatory approval for cultured meat will be the first of many in Singapore and in countries around the globe. Working in partnership with the broader agriculture sector and forward-thinking policymakers, companies like ours can help meet the increased demand for animal protein as our population climbs to 9.7 billion by 2050.”

Bruce Friedrich, GFI Executive Director, says: “Singapore has thrown down the gauntlet and other countries need to pick it up […] A new space race for the future of food is underway. As nations race to divorce meat production from industrial animal agriculture, countries that delay their investment in this bright food future risk getting left behind. The government that manages to divorce meat production from the need for living animals is going to have bragging rights until the end of time.”

“This marks the beginning of a new era,” said Elaine Siu, Managing Director of The Good Food Institute APAC. “The race to divorce meat production from industrial animal agriculture is underway and nations that follow Singapore’s lead will be able to reap the benefits as the entire world shifts to this new and better way of making meat.

“Other countries: Your turn!”