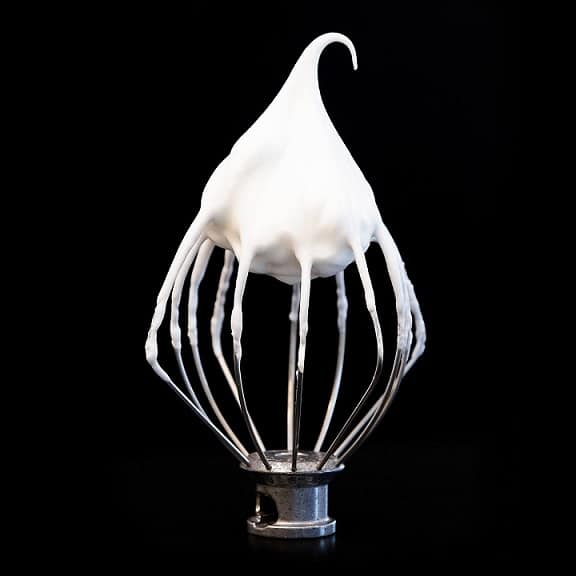 San Francisco’s The EVERY Co. has launched what it claims is the first animal-free egg white on the market. The company uses precision fermentation to produce real egg proteins without the use of animals.

According to EVERY, the egg white has all the functionality of the traditional variety, including whipping and gelling properties. When used in baking, it provides the same height, foam stability, aeration, and texture as animal-derived egg whites. EVERY EggWhite is suitable for vegans, but not for those with egg allergies as it contains nature-equivalent egg proteins.

To celebrate the launch, EVERY has partnered with Chantal Guillon, makers of iconic French macarons.

The company will offer limited-edition macarons made with EVERY EggWhite, sold in boxes of six in the flavours Earl Grey, passionfruit, pistachio, strawberry, Tahitian vanilla, and dark chocolate. Preorders for US-wide shipping of the macarons begin today via the Chantal Guillon website.

Last year, EVERY (then known as Clara Foods) launched its first product, animal-free pepsin. This was followed in October by EVERY ClearEgg, which the company claimed was the world’s first animal-free soluble egg protein. Then, a few months later, EVERY secured $175 million in its Series C round, bringing the total amount it has raised to $233 million. This helped to pave the way for the launch of EVERY EggWhite.

“The egg white is one of the crown jewels of the food industry, known for its unique functional properties that make it almost impossible to replace –– until today. Today is also the first time consumers anywhere in the U.S. can get a taste of EVERY EggWhite and the fruit of seven years of deep R&D,” said Arturo Elizondo, CEO and founder of EVERY. ”

It is an honor to bring this to the world with a brand known for having the highest standards – Chantal Guillon, and in an application that has been touted as the ultimate litmus test of egg white functionality in the culinary world: the iconic French macaron.”