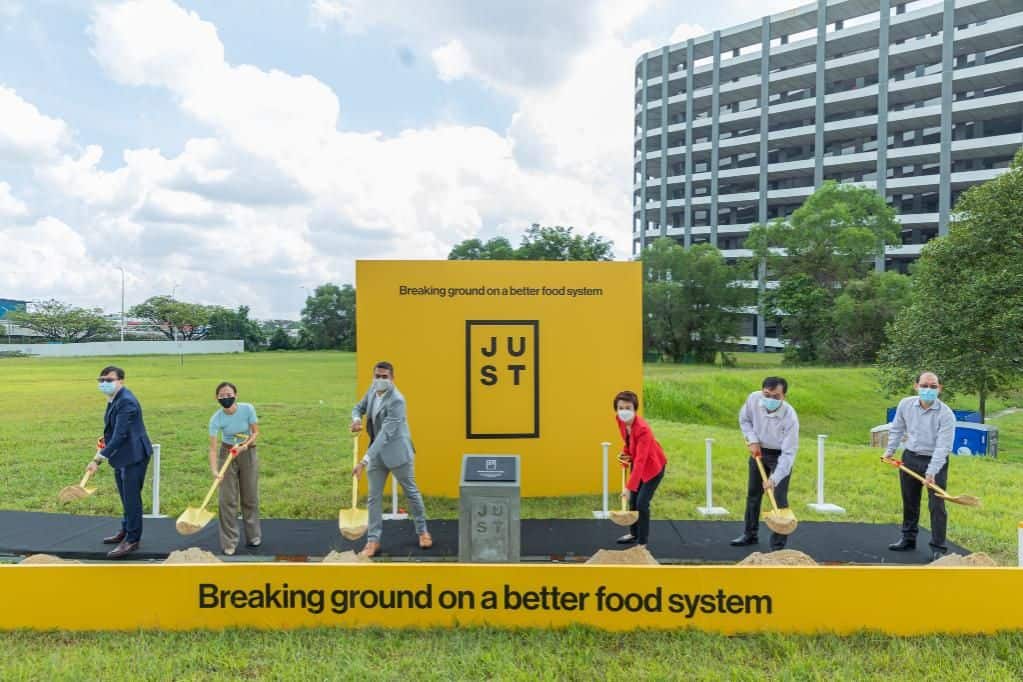 Eat Just, the US alt protein innovator, has announced the start of construction on what it claims will be the largest plant-protein factory in Singapore. To be functional within two years, the new facility will house JUST Egg operations in the Asian alt protein epicenter of Singapore.

The new Eat Just factory will produce thousands of tonnes of alt protein every year, strengthening Singapore’s food security – a key government initiative for the state’s government. The new facility is the result of a $120 million investment, with backers including Proterra Asia, and will primarily produce Eat Just’s mung bean-based egg products.

California-based Eat Just has placed a heavy focus on its operations in Singapore, as it became the first nation to grant regulatory approval for commercial sales of Eat Just’s cultivated chicken company GOOD Meat.

GOOD Meat chicken products are now available for consumers in Singaporean eateries and are causing quite a stir around the world. Singapore Minister of State for Trade and Industry Low Yen Ling attended the ceremony to mark the new facility as the guest of honor and was reported to be a fan of the JUST Egg products served.

“Whether because of food security, climate change, or personal health, innovative approaches to making animal protein to feed our families are necessary in the decades ahead. And Singapore has firmly established itself as the leader in attracting and accelerating these new approaches,” Josh Tetrick told The Straits Times.