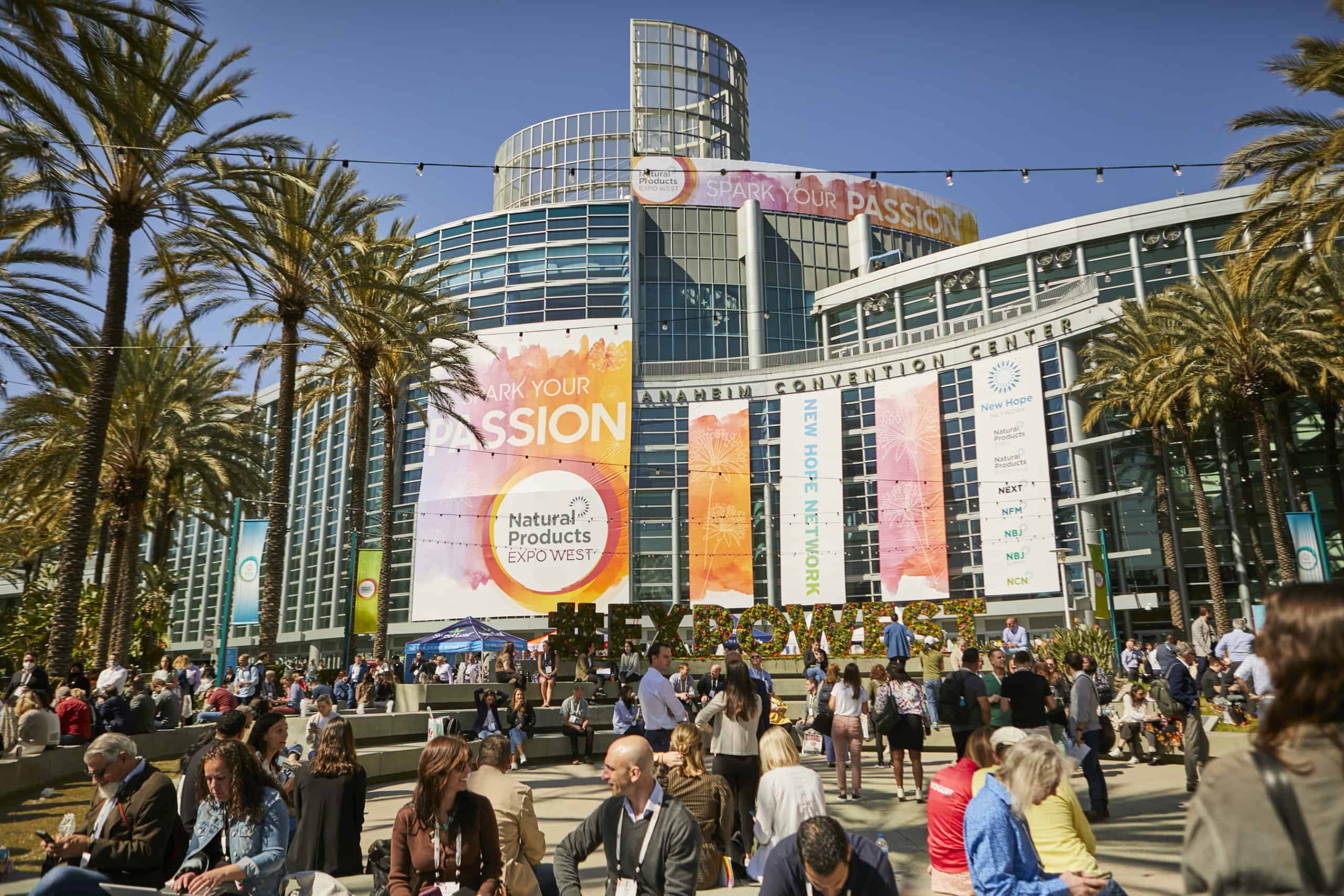 Vegconomist was on-site seeking out the most interesting, creative and groundbreaking animal-free products and brands. From realistic vegan bacon and sushi to indulgent pizzas and mochi ice cream, this year’s plant-rich offerings did not disappoint. Out of dozens of exciting new products, we’ve selected eight particularly noteworthy innovations, along with full photo galleries of our favorite finds.

Daring, the groundbreaking startup creating realistic vegan chicken, unveiled its Gluten-Free Plant Chicken products. The brand calls it the first Certified Gluten-Free breaded plant chicken on the market, and will soon launch it in foodservice, followed by an April retail debut.

To showcase its chicken, Daring served chef-crafted samples both on the exhibition floor and in a food truck parked outside the convention hall.

This fast-growing brand has been steadily growing its vegan-friendly products in retail over the past 2 years. But the latest line unveiled at Expo West will take its plant-based presence to a whole new level. Tattooed Chef’s new pizzas include Killer Bee, Broc N’ Roll, Spicolli, Plant-Based White Pizza and Pepperoni Pizza. While not a fully vegan brand, its upcoming line of plant-based mac ‘n cheese, quesadillas, burritos and pasta is worth considerable applause. 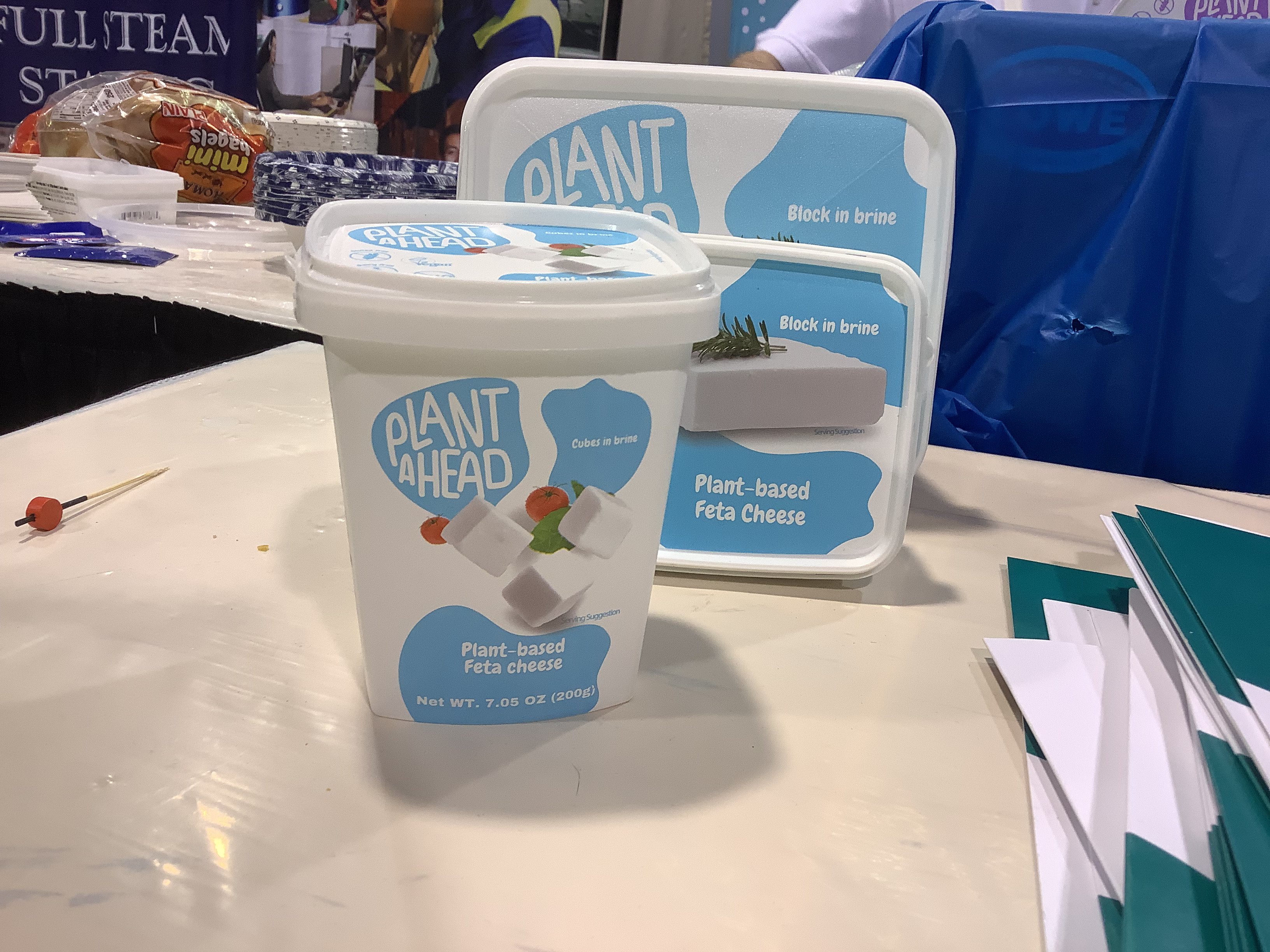 Current Foods, formerly known as Kuleana, made a huge splash at the Expo, attracting an enthusiastic crowd of onlookers eager to sample its realistic vegan sushi. Current’s salmon and tuna are made from ingredients such as algae, peas and tomatoes, and offer omega-3 fatty acids and B12 without mercury or microplastics. Current is available in select locations, with a direct-to-consumer launch coming this spring.

Ever since founder Jenny Goldfarb pitched her signature cold cut slices on Shark Tank in 2019, this brand has quickly accelerated into deli counters and retail. Now, the company is taking another major step toward transforming traditional corner deli’s with a range of fully sliceable meats. Available as Steak Slices, Roasted Turk’y, and Corn’d Beef, the 2lb plant-based meats are intended to be freshly carved and served on beloved classic sandwiches. 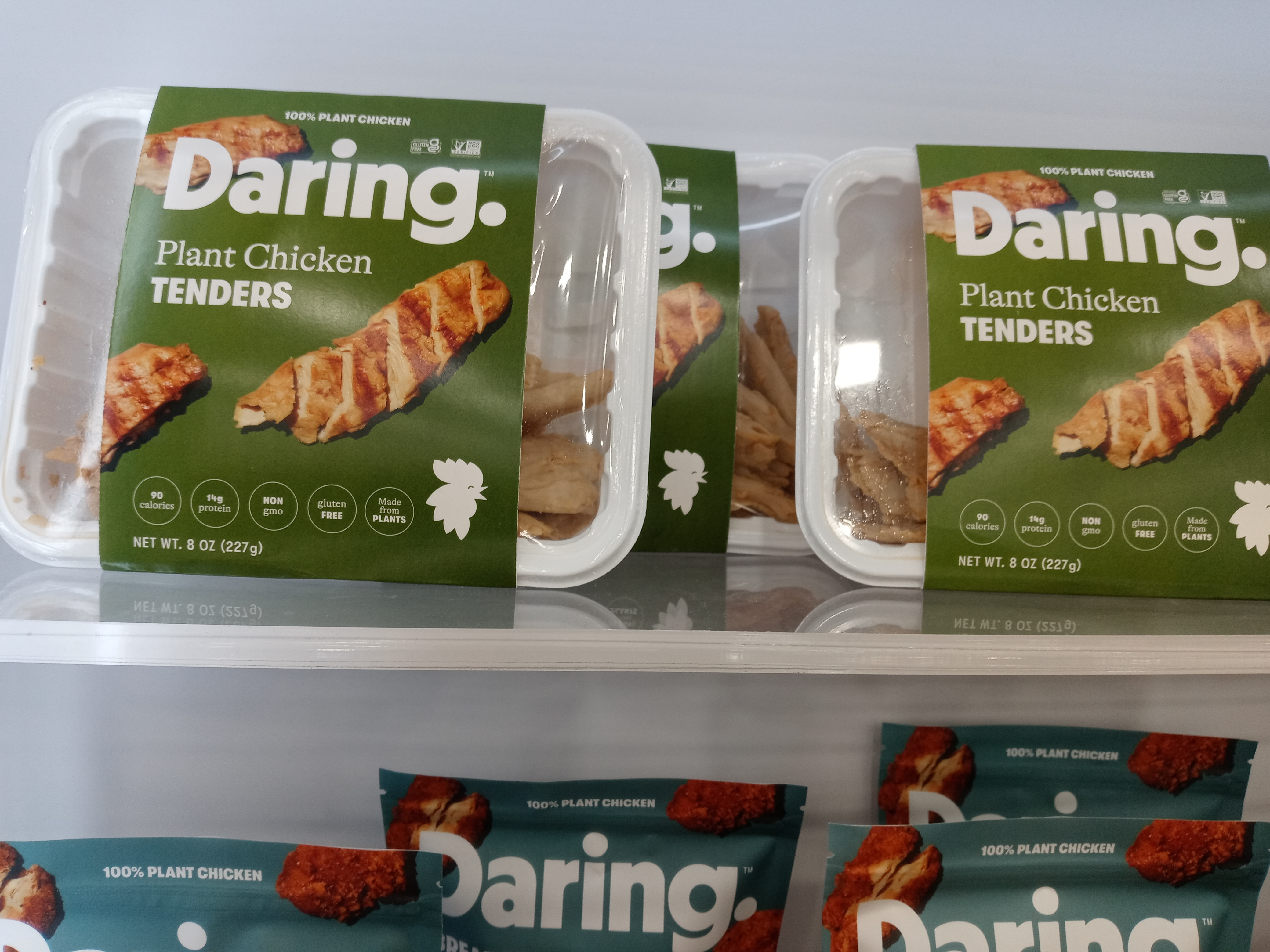 Stating its desire to “disrupt dairy-free desserts”, Bon Dévil is part of Coconut Collaborative’s earnest US expansion, following a $7 million raise in 2020. By offering sumptuous, healthier desserts with a playful edge, Bon Devil may very well shake up the chilled desserts category.

Proving there’s nothing oat milk can’t do, Nature’s Charm unveiled two of its latest offerings: Oat Whipping Cream and Evaporated Oat Milk. While dairy-free brands are gradually beginning to expand into specialized milk items such as condensed and evaporated milk, those products’ ingredients are largely restricted to coconut milk. The oat milk innovations by Nature’s Charm add to several first-of-its-kind products the brand has recently brought to market. 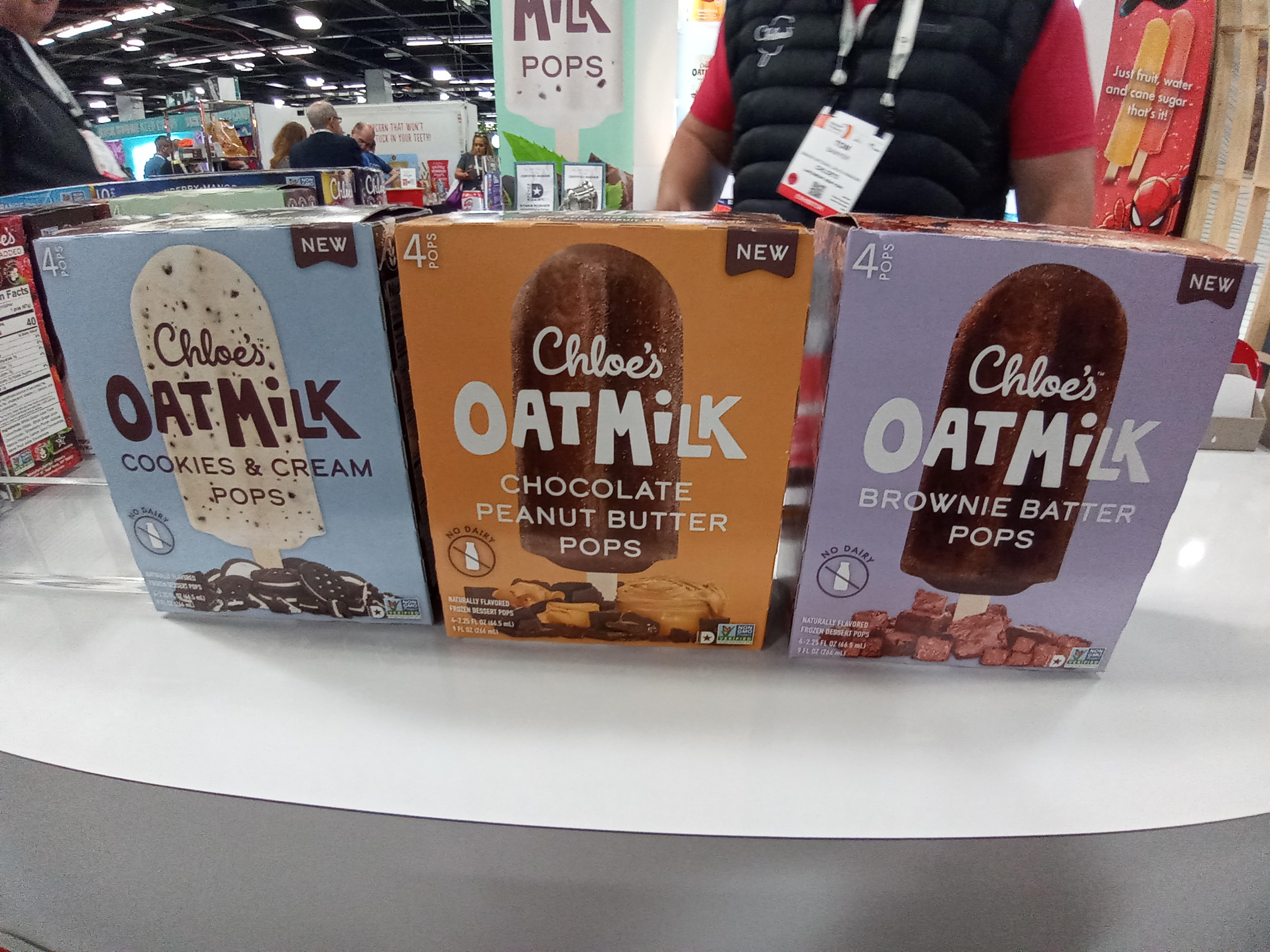 Buono’s products are currently available in Europe, the UK, Canada and Australia, with a US launch in the works. Vegan versions of mochi, a beloved Japanese confection, are increasingly growing in popularity. Last year, top-selling brand Bubbies released three new non-dairy flavors, while My/Mochi Ice Cream announced a new line of oat-milk based mochi snacks.

Hooray Foods displayed its latest, improved version of plant-based bacon at the Expo, bringing its product closer than ever to achieving the taste and texture of conventional bacon.

The San Francisco-based company’s new product features a lighter, less dense texture that crisps up faster and easier in the frying pan. The new version also offers a more authentic bacon flavor, the brand says. In November, Hooray raised $2.7 million in extension seed funding to, in part, help develop and refine its flagship bacon product. The newest version will begin its retail rollout in the coming months.

This year’s Expo was well worth the wait, and there were an incredible variety of new innovations in plant-based meat, dairy, eggs, seafood and snacks. We applaud all of the inspiring food creators who displayed some of their best work at the show, and look forward to the breakthroughs next year’s event will bring.