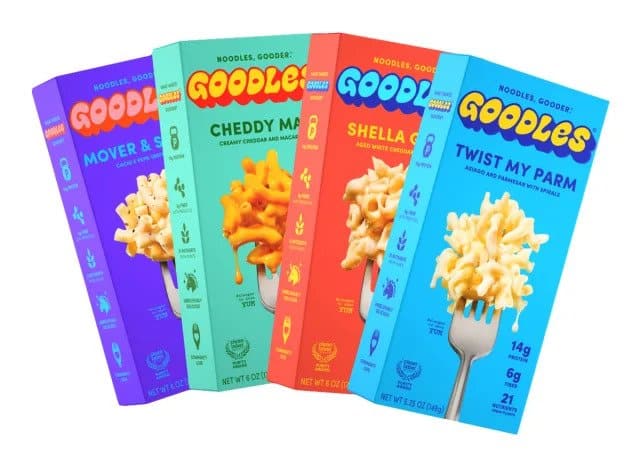 Gadot co-launched GOODLES in 2021 to innovate conventional mac and cheese products with healthier ingredients. The upcoming Vegan is Believin’ flavor, which features spiral noodles in a white cheddar sauce, will incorporate GOODLES’ proprietary pasta formula. According to the brand, the new offering provides plenty of protein.

“Vegan Is Believin’ Mac and Cheese has the same 21 micronutrients as GOODLES dairy-based flavors, and it still packs a punch of protein, with 13 grams of plant-based protein per one cup prepared serving—the same as two hard-boiled eggs,” said Ilana Mulhstein, M.S., R.D.N, GOODLES’ Nutritional Advisor.

She adds, “For comparison, GOODLES dairy-packed Cheddy Mac has 15 grams of protein per cup. The vegan flavor has even more heart- and gut-healthy fiber, with a whopping 7 grams per serving.”

The company joins brands like Kraft, Prime Roots and Annie’s in introducing dairy-free boxed mac and cheese to retail consumers. Market leader Kraft, which sells over 1 million boxes of mac and cheese every day, released a vegan version of its iconic product in Australia in 2021, where it quickly sold out.

According to GOODLES, its own vegan mac and cheese required 1,000 different attempts to perfect the recipe.

“Because I love pasta so much, and wanted to create something the market has never seen before,” said food scientist Molly Mitchet. “It had to look, feel, and taste like regular wheat pasta, but would give back extra nutrition and satiety using clean ingredients. GOODLES was founded by energetic, innovative, and savvy food industry professionals, and I knew the power of this team could actually make it happen.”