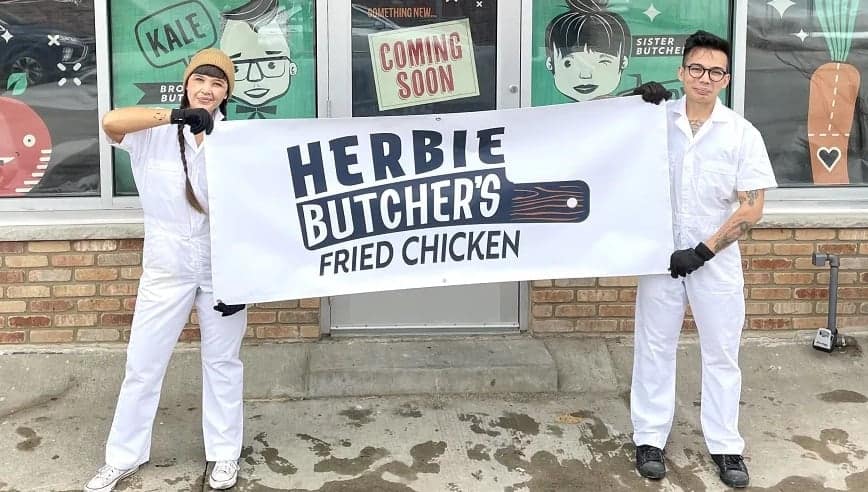 Following its recent court win against Nestlé, the brother-sister plant-based entrepreneurs behind The Herbivorous Butcher have revealed plans to open a second brick-and-mortar later this year. The Herbie Butcher’s Fried Chicken concept is set to open late spring in Minneapolis.

Kale Walch explains: “Our mission has always been to try to save the world by bridging the gap for omnivores that haven’t quite made the full jump to veganism yet. By making vegan meats and cheeses that are even better than what they were used to, we start to accomplish just that. Herbie Butcher’s Fried Chicken continues our brand’s mission by making a fried chicken that won’t leave anyone questioning if a plant-based lifestyle is possible without sacrificing the foods we love.”

This is the second good news this month for the siblings who recently stood up to international conglomerate Nestlé over its proposed trademarking of the term “Vegan Butcher”. Nestlé backed down after opposition from Herbivorous Butcher representing a major victory for smaller vegan businesses.

Aubry Walch reflected at the time: “I hope they realized, as did we, that the term ‘vegan butcher’ belongs to all the plant-based meat mongers that are working towards better food and a better tomorrow for animals and humans alike. It’s a movement and shouldn’t belong to a corporation or any single business.”