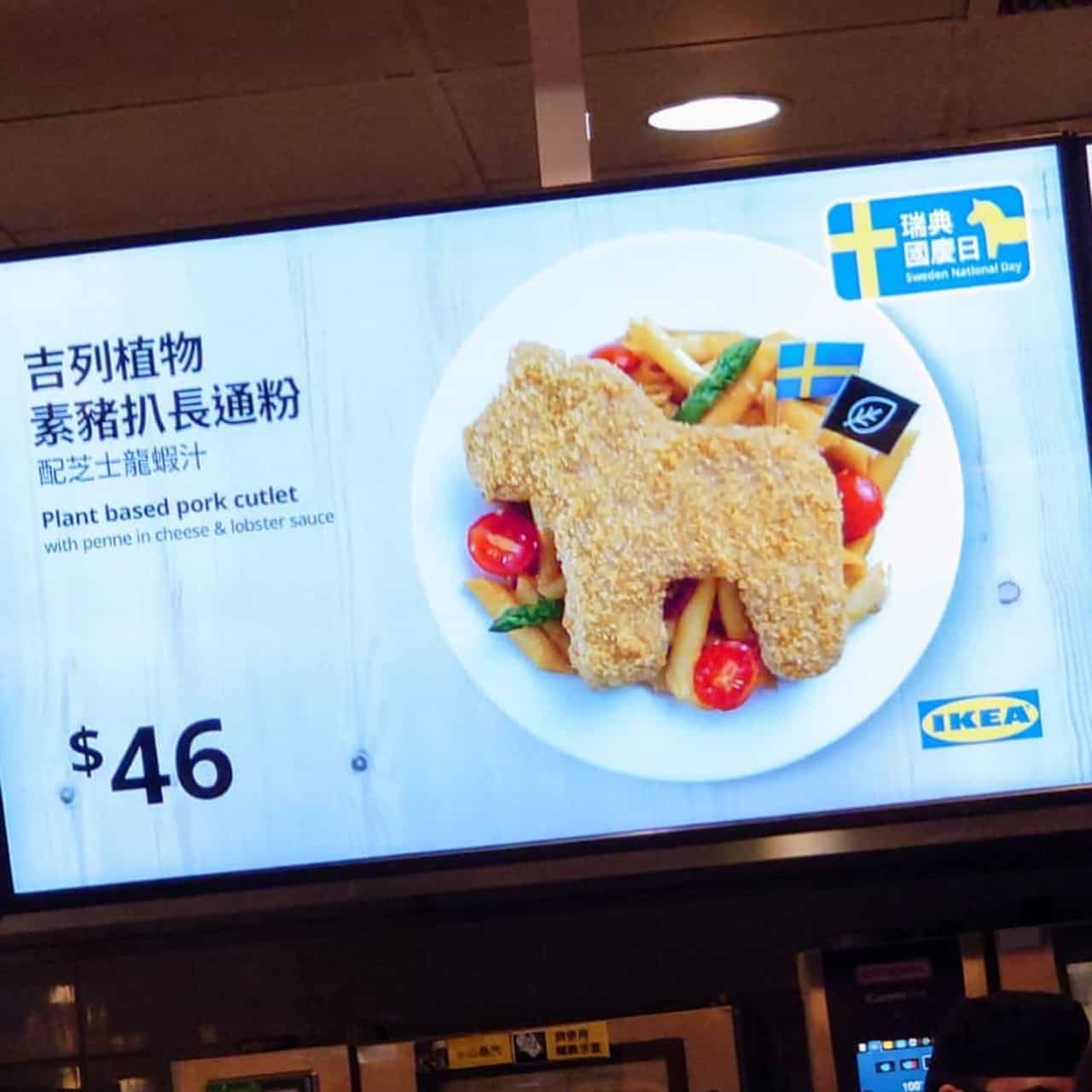 Available in IKEA Hong Kong for the month of June, the pasta dish includes a breaded OmniPork cutlet shaped like a Dala Horse – the traditional carved, painted wooden horse statues of Sweden. OmniPork – OmniFoods’ signature product – recently saw an international price reduction of up to 22% across the range in a bid to achieve price parity with animal pork. The products have also recently landed in both the UK and Japan.

As for IKEA, this latest plant-based launch is part of a greater push to make 50% of its canteen food plant-based by 2025. Partnering with booming plant-based brands like OmniFoods might represent the future for IKEA’s plans, as it has done in Japan, where Tokyo alt meat producer Next Meats Co is appearing at IKEA’s Sustainable Food Fair. IKEA also launched its vegan Plant Ball in Canada stores in March adding to its current plant-based offerings.

“We are proud to be partnering with IKEA as they set the global goal to have at least 50% of their food to be plant-based!” commented OmniFoods Founder and CEO David Yeung on LinkedIn.