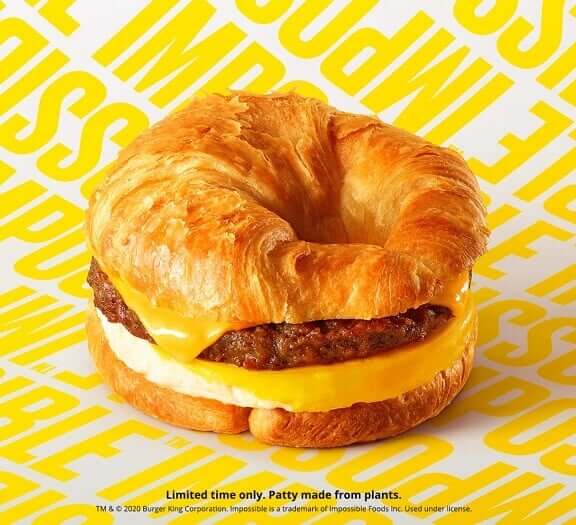 Impossible Foods today announces it is introducing an Impossible Pork product which CEO Pat Brown refers to in a video  as a “pivotal moment” for the company. Impossible also reveals from late January, select Burger King locations will be serving the Impossible™ Croissan’wich®, featuring a patty made with Impossible Sausage.

The pork product was developed alongside chefs in Hong Kong and Singapore with a view to tackling the enormous issue of pork consumption in Asia. Impossible Foods announced in November that it plans to expand to China, which consumes the most pork products in the world.

Asia continues to be affected by the swine flu epidemic – a recent study showed that agriculture will be dominated by swine flu for the entire decade.

Brown states in the video released today, “In many cultures, the most popular and familiar and common dishes use pork as the main source of meat, so for us to have an impact in those markets, pork was a necessity.”

Impossible’s Chief Financial Officer David Lee said to Bloomberg, “Our mission is global, and with 40% of meat being consumed in Asia we are very focused on ensuring we can enter major markets like China as soon as possible.”