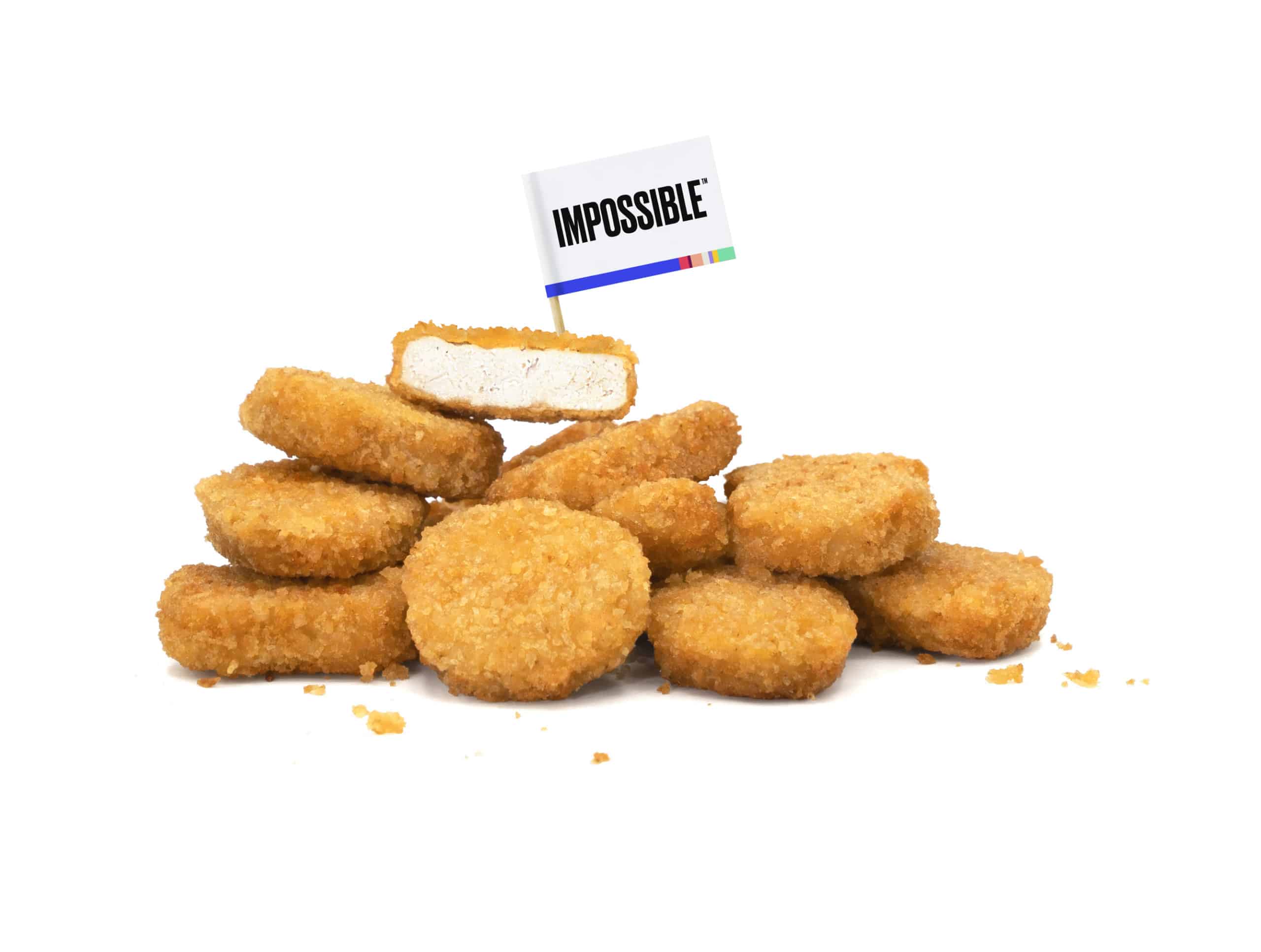 Plant-based meat giant Impossible Foods announces it is expanding its Canadian retail footprint with the launch of Impossible Chicken Nuggets Made From Plants. Beginning this week, the nuggets will be available at Canadian grocery stores Sobeys, Safeway and IGA, with Loblaws, Metro, Food Basics and more adding the product later this summer.

The nugget roll-out grows Impossible’s Canadian retail distribution to over 2,000 stores, which is triple its original grocery launch of 600 stores in the country in 2020.

According to Impossible, its nuggets became the fastest-growing brand of plant-based chicken nuggets upon their US debut last fall. The product comes fully cooked and ready to heat in the microwave, air-fryer or oven as a convenient meal or snack.  Featuring a crispy breadcrumb exterior and juicy, tender interior, Impossible Chicken Nuggets offer 12 grams of protein, with 25% less saturated fat and zero cholesterol compared to animal nuggets.

Following the success of its nuggets, the company introduced Wild Nuggies, its first animal-shaped nuggets designed to appeal to children, in March. Wild Nuggies also impart an environmental message by featuring shapes of threatened or endangered wild species such as the polar bear, Galapagos tortoise and right whale.

Like the Impossible Burger, the brand says its nuggets reduce environmental impact by using 49% less land, 44% less water, and producing 36% fewer greenhouse gas emissions than animal-based chicken nuggets made in the US.

“Our nuggets have turned out to be one of our most popular products – both because of their amazing taste and also because they’re better for you and better for the planet,” said Dan Greene, SVP of North American Sales at Impossible Foods. “We’re excited to bring them to consumers in Canada, which has already proven to be a great market for Impossible Burger and Impossible Sausage. And we’ve got terrific retail partners who are making it possible.”