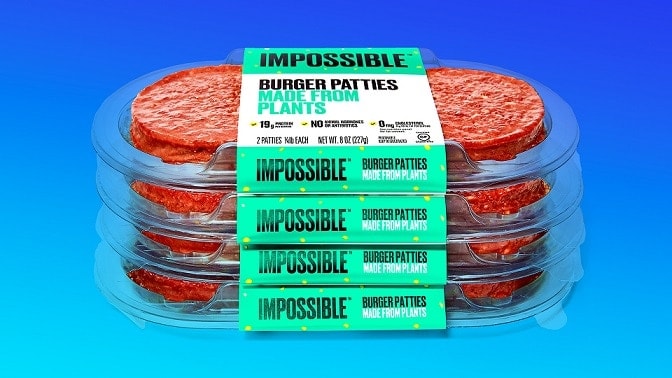 As Impossible Foods readies itself for a reported $10 billion public listing in the next 12 months, the alt-meat giant looks set to cause serious market disruption with an upcoming launch into Australia and New Zealand. The move follows positive news from the countries’ joint food standards agency, as it passes the use of a key ingredient in the company’s alt-meat products.

With a recent report predicting the Australian alt-meat industry to be worth $3 billion by 2030, as well as sales of plant-based meat alternatives increasing by 46% in Australia over the past year, Impossible would be entering the market at an opportune moment, looking to repeat its Asian successes in both Australia and New Zealand.

The protein which carries iron in plants and animals and accounts for the colour, texture and taste of meat – soy leghemoglobin – was permitted for use by The Food Standards Australia New Zealand Board (FSANZ) in February. It is a crucial ingredient in the products of Impossible Foods, thus paving the way for an entry into the market. FSANZ found that there are no health and safety risks to consumers, as well as adding that the ingredient would allow consumers to make more choices to reduce or eliminate their consumption of animal products.

On LinkedIn, the company looks to be recruiting for the imminent launch with a number of positions being offered in Australia and New Zealand, including General Manager, Senior Sales and Strategy Manager and Senior Marketing Manager.

“As per the FSANZ [preliminary] December 2020 approval report, they [Impossible Foods] outline that their initial plan is to import their products, thereby expediting their launch into Australia and New Zealand. They also mention that co-manufacturers may be contracted to produce their products using locally sourced ingredients, so to me, it feels very much like a ‘land and expand’ strategy,” Allen Zelden, president of digital eco-conscious forum Futurevvorld, founder of Intrinity Global and vegconomist contributor, told Inside Retail Australia.

“If their growth trajectory in Asia is anything to go by, it’s likely we’ll see similar impressive momentum throughout Australia and New Zealand,” he added.