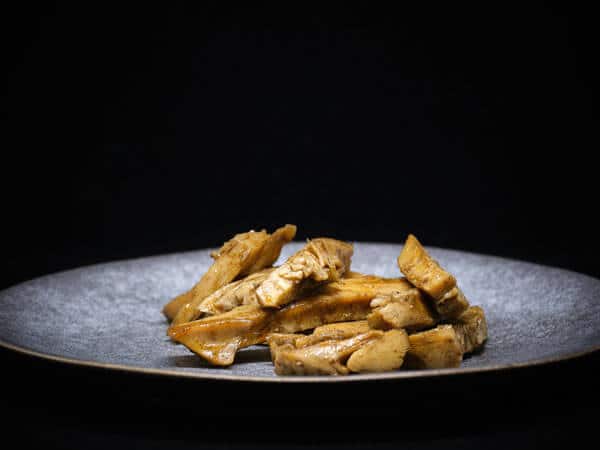 Molendum Ingredients, backed by Dacsa Group – the largest corn producer in Europe – is producing wet textured pea protein at a large scale in the first plant of its kind in Spain. The 100% natural vegan pea protein is being exported to plant-based producers across Europe and has also revolutionized a local restaurant.

Based in Zamora, Castile and Leon – a traditionally conservative region famed for meats – Molendum is run by brothers Esteban and Carlos Fernández. The success of the company drew the attention of the Dacsa group, a multinational corn and rice giant based in Valencia. One of Dacsa’s companies, Productos Florida – a major chicken meat producer – has now launched a plant-based meat line called Hi Vegs made with Molendum’s pea protein.

As first reported by El Español, in order to test its innovative wet textured pea protein in the middle of the pandemic, Molendum found help in the form of the chefs at Restaurante París in the city of Zamora. Now, after two years, Restaurant Paris has a full vegan menu with 40 dishes based on the ingredient, becoming the only restaurant in the world that currently works exclusively with this product.

Plant-based eating has exploded in Spain with numerous startups emerging across the alt protein sector. Some studies show more than 5 million people now follow a vegetarian or vegan diet in the country – approximately 13% of the population. According to the data, from 2017 to 2021 people following a no-meat diet increased by 34% while sales of alt meat in Spain surpassed €86.5 million in 2020.